World No Tobacco Day: Despite bans, smoking still a burden for Turkey 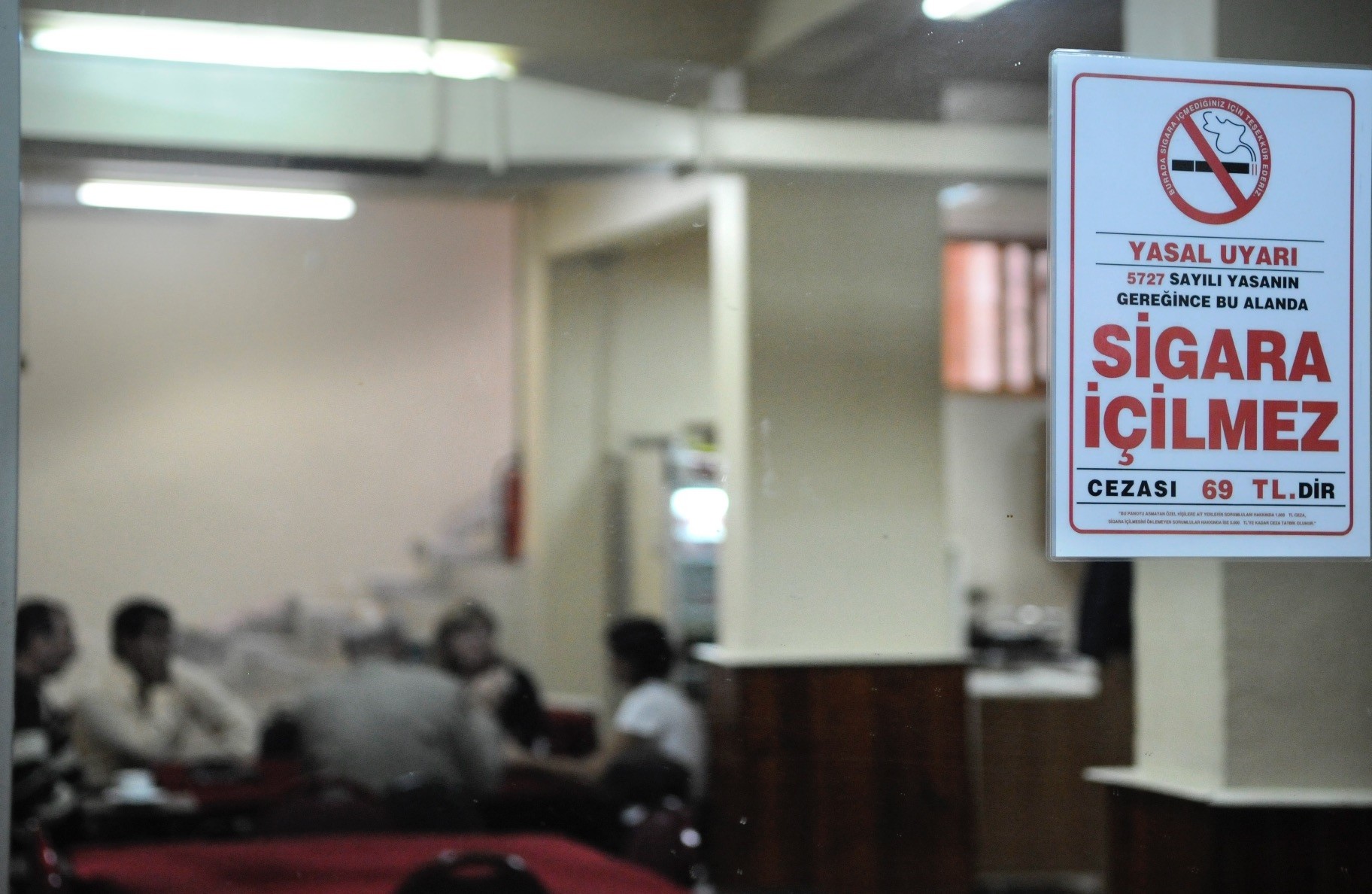 Turkey is among the leading countries in the world that have an effective ban on smoking, but health care expenditure for diseases linked to smoking still trouble the country

For a country with an entrenched habit of smoking across all generations, Turkey has achieved a lot in less than 10 years to combat it. A ban on smoking in public places and assistance to addicts to kick the habit decreased its popularity but diseases linked to smoking are still a burden for the country.

Speaking to Anadolu Agency (AA) yesterday on World No Tobacco Day, Health Minister Ahmet Demircan said smoking-related diseases made a serious addition to the health care expenditure budget. "We came a long way in fighting tobacco use but we are still not where we want to be," Demircan said. "There is a need for raising awareness to the damage the tobacco use has on people and how it affects not only smokers but also people around them. We have to focus on younger generations for a pre-emptive prevention of future smokers," he added.

The minister says smoking is particularly linked to cardiovascular diseases as smokers had a higher rate of possibility to be infected with heart diseases as well as stroke compared to non-smokers. "Smoking, secondhand smoking are linked to 12 percent of deaths from heart diseases," he pointed out.

Associate Professor Aslı Görek Dilektaşlı, who heads tobacco control body of Turkish Thoracic Society, says the state spends 9 percent of its healthcare expenditure for diseases linked to use of tobacco products. "We lose 100,000 people every year to diseases tied to nicotine addiction every year. Turkey spends about $11 billion for treatment of smoking-related diseases," Dilektaşlı told AA.

The link between tobacco and cardiovascular diseases is the theme of World No Tobacco Day this year. The World Health Organization (WHO) says tobacco use significantly declined since 2000 but the reduction is insufficient to meet globally agreed targets to protect people from suffering cardiovascular and other non-communicable diseases. Tobacco kills more than 7 million people each year in the world. Its use and second-hand smoke exposure are major causes of cardiovascular diseases, contributing to approximately 3 million deaths per year according to WHO.

Dilektaşlı says Turkey - which has a population of more than 80 million people - has currently about 15 million smokers. She also points out a new danger that emerges after crackdown on cigarette smoking: hookah and hand-rolled cigarettes. "We need to change the misperception that those are not as hazardous to health as cigarettes," she said, noting that although hookah and tobacco are marketed as "organic," they still contain harmful chemicals. Hookah has grown popular especially among the youth and it is as addictive as cigarettes, experts say. Dilektaşlı points out to an unregistered market for hookah, saying that there were 973 hookah lounges across Turkey according to an authority giving licenses but the real number was 983 only in Istanbul.

For Professor Cevdet Erdöl, president of Health Sciences University, inspections of businesses against smoking is another lingering problem. Erdöl says places like restaurants, bars, cafes go creative in violating the ban, such as giving empty cans and wet tissues to smokers after removing ashtrays and installing removable glass panels to their outdoor areas to violate the ban. The professor says Turkey managed to decrease the proportion of smokers to the population from 30.2 percent to 22.9 percent - between 2008 when an anti-tobacco law went in force and the subsequent years - but the rate went up again after 2014. Erdöl added that the less consumption meant a tendency to drop in diseases linked to smoking. "A survey by the Turkish Thoracic Society shows that there has been a decline in bronchitis and lung diseases," he noted. Erdöl says that although the drop in smoking is a positive development, he frequently heard complaints from people about violation of the ban in public places. "Even those supposed to enforce the ban violate it. We see it violated in courthouses and police buildings," he said.

Aslı Görek Dilektaşlı says although Turkey succeeded in tobacco control, it had a danger of reverting back to the previous state.

In 2009, Turkey banned smoking in all indoor spaces, including restaurants, bars, cafes and similar establishments and, one year later, the ban was extended to smoking in various sites such as stadiums, mosque courtyards and hospitals. Then Prime Minister Recep Tayyip Erdoğan, a staunch teetotaler, is largely credited for the effective implementation of the ban that significantly limited space for smokers. Apart from the ban, the country imposed higher taxes on cigarettes and provided free medicine and treatment for smokers. Authorities now consider introduce plain packaging to further discourage smoking.