Turkey's Antarctica research base to open next year 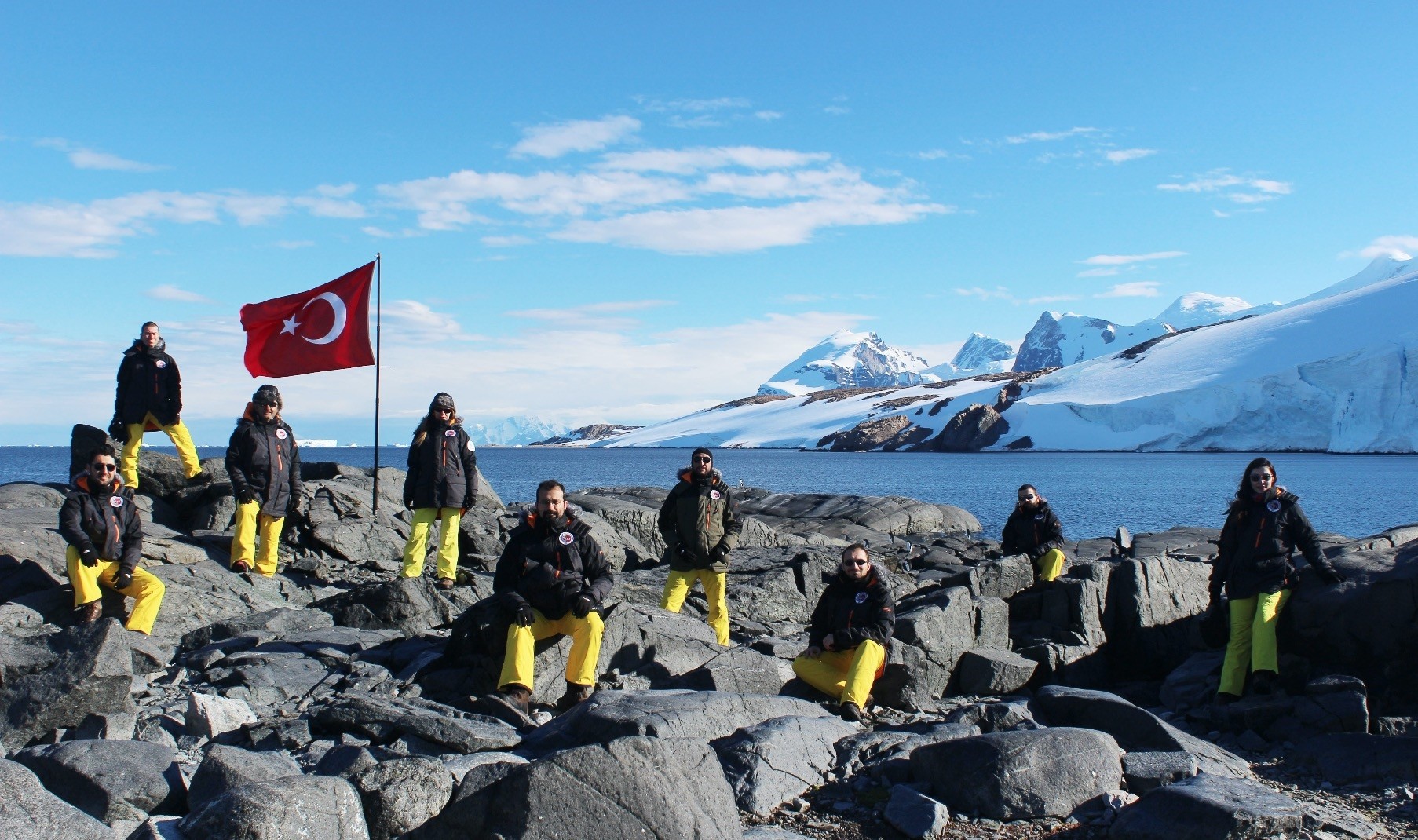 Scientists pose in front of a Turkish flag during an expedition in Antarctica last year.
by Daily Sabah Jun 08, 2018 12:00 am

Turkey's ambitious policy to emerge as an influential actor in the international community now reaches another far corner of the globe. Officials announced yesterday that a research base would be set up in 2019 in Antarctica.

The Turkish Scientific Research Base will be located on Horseshoe Island, and Istanbul Technical University (ITÜ) will coordinate the work for the base. In Ankara yesterday, Minister of Science, Industry and Technology Faruk Özlü received a delegation from the first official Turkish expedition to the region and said they were awaiting a feasibility report on the possible location of the base.

In 2017, in a historic first, a team of Turkish researchers, including medical doctors, botanists, survey and geological engineers and oceanographers from seven Turkish universities went to Antarctica on a scientific mission to study the impact of climate change. Another group visited to carry out early feasibility studies for the base on the continent.

Turkey's first polar research center, the Istanbul Technical University Polar Research Center, also known as PolRec, was established in 2015. The mission of the center is to carry out research in the Antarctic and develop Turkey's visibility in the international scientific community.

In three expeditions, Turkish scientists observed the area, took samples and examined locations for a research base. The latest expedition returned to Turkey in April. Minister Özlü said that setting up a scientific research base is important for a "corporate identity" for the work of Turkish scientists. "It will also accelerate Turkey's efforts to have a Consultative status in the Antarctica Treaty," Özlü added. "We want to have a say in Antarctica," the minister said. "We are descendants of Piri Reis who drew coordinates for Antarctica for the first time in 1528. We followed his vision for our expeditions, and those expeditions are testament to the capacity and experience of our scientists," the minister stated.

Speaking to Sabah newspaper, associate professor Burcu Özsoy, leader of the latest expedition, said they had four goals and they prioritized raising awareness in public to their studies. "Second, we want to elevate Turkey to Consultative Country status because this is important to have an area of influence in Antarctica among other countries. Then, we want to conduct more studies in the region and train scientists in Turkish universities so that more people would contribute to the process of studying Antarctica," she said. The Turkish base will be "a green base," Özsoy said, noting that it will use solar panels for energy needs, as logistics of transporting fuel to the region is very challenging. She said the interest of Turkish scientists in the region has increased and some 60 researchers presented study projects this year compared to only 20 in 2017.