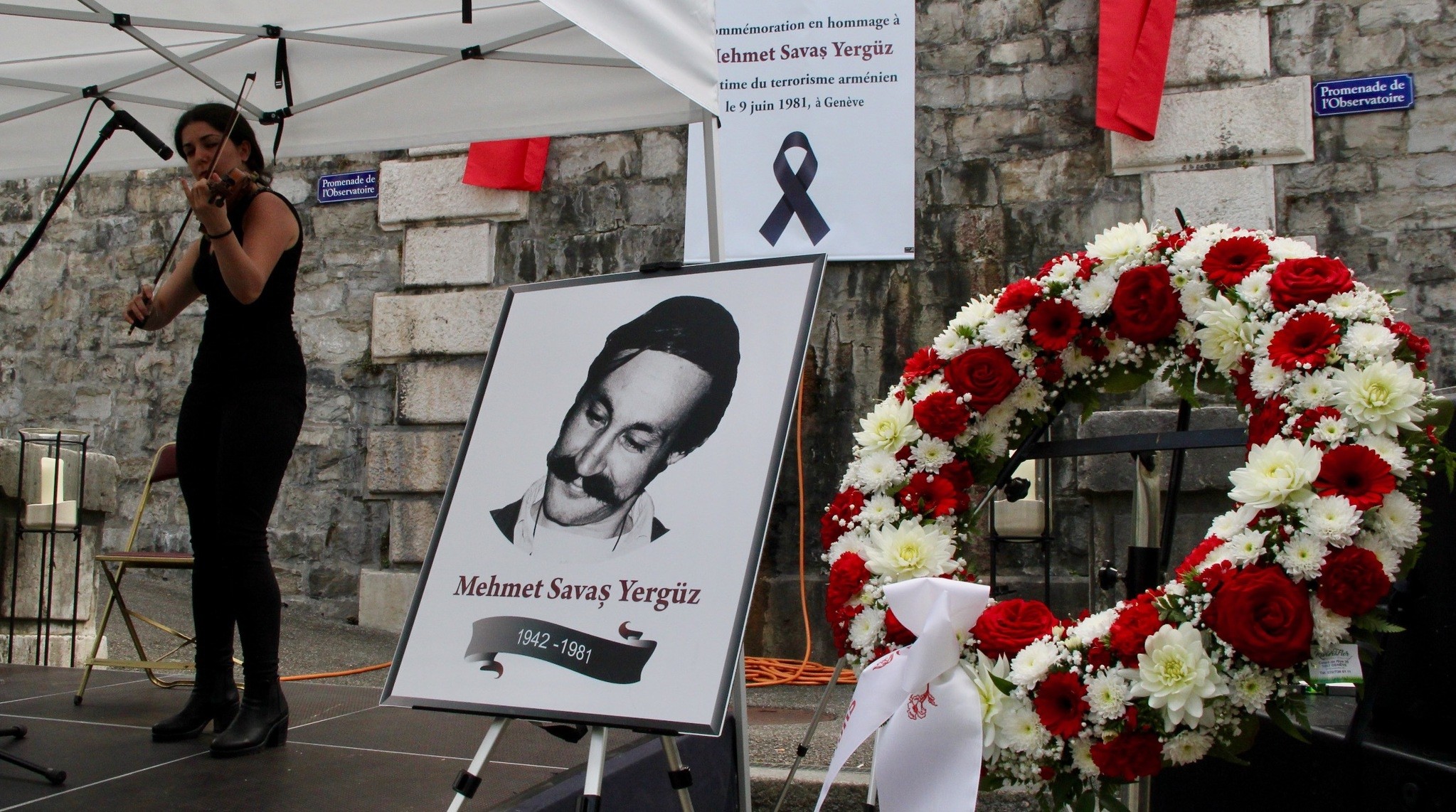 There was a minute of silence during the ceremony, followed by Swiss and Turkish national anthems at the Promenade de l'Observatoire in Geneva, close to the street where he was martyred.