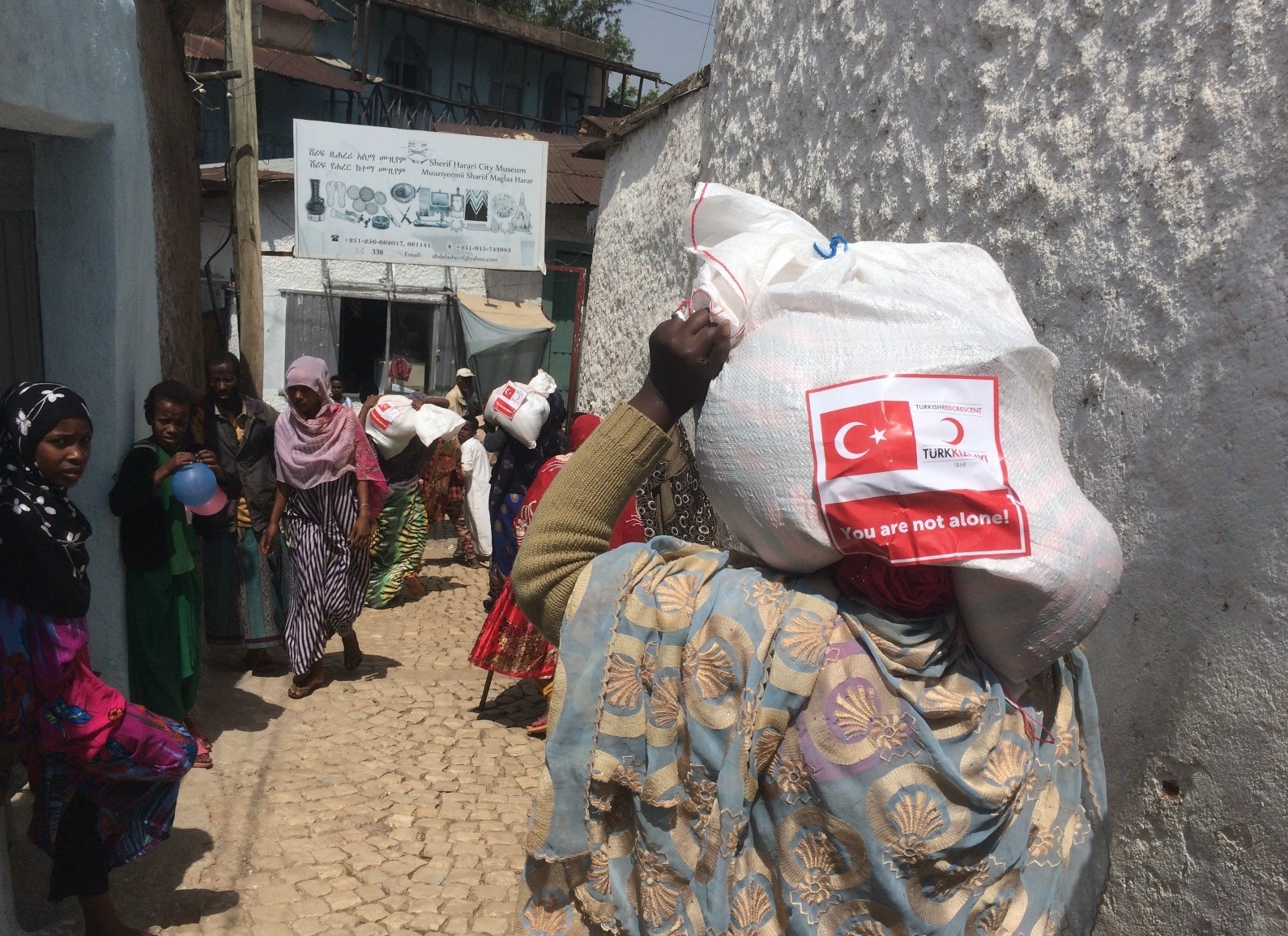 According to a report by an international development organization, Turkey tops the most charitable list as the country spent about $8.1 billion last year on humanitarian aid

Turkey was the most charitable nation in 2017 with nearly $8.1 billion spent in humanitarian aid, an independent international development organization said.

Almost 30 percent of all international humanitarian aid, $27.3 billion, came from Turkey, according to the Development Initiative's (DI) Global Humanitarian Assistance Report. The U.S., Germany and the U.K. followed Turkey with $6.68 billion, $2.98 billion and $2.52 billion.

Turkey was ranked third in the DI report for 2013, 2014 and 2015 and second on the list after the U.S. in 2016 with $6.3 billion spent in aid. It also hosts the highest number of refugees, 3.9 million, in the world, according to official figures. The number of Syrian refugees living in the country was 3.6 million as of May.

Although it is struggling for economic growth while trying to join the league of developed countries after recovering from years of economic mismanagement, Turkey is determined to earmark more for humanitarian aid. Under Justice and Development Party (AK Party) governments, humanitarian assistance efforts gained momentum, and the country's aid agencies rose to prominence for aid in disasters and assistance to refugees. The country's efforts allowed it to host the World Humanitarian Summit, a first-of-its-kind summit by the United Nations to coordinate humanitarian efforts.

State-run Turkish Cooperation and Coordination Agency (TİKA) leads Turkey's global outreach in humanitarian aid. TİKA oversees projects from the Middle East to Latin America, from construction of hospitals to vocational training for disadvantaged communities among other means of development aid. The Turkish Red Crescent also raised its profile in the international community with its increasing presence in humanitarian aid efforts. The charity is involved in aid efforts from setting up refugee camps to delivering food packages in conflict zones and disaster-hit regions across the globe.

The report also highlighted that Syria was the single largest recipient of humanitarian assistance for the fifth consecutive year.