Turkey to help Syrian girl with 'tin can' legs 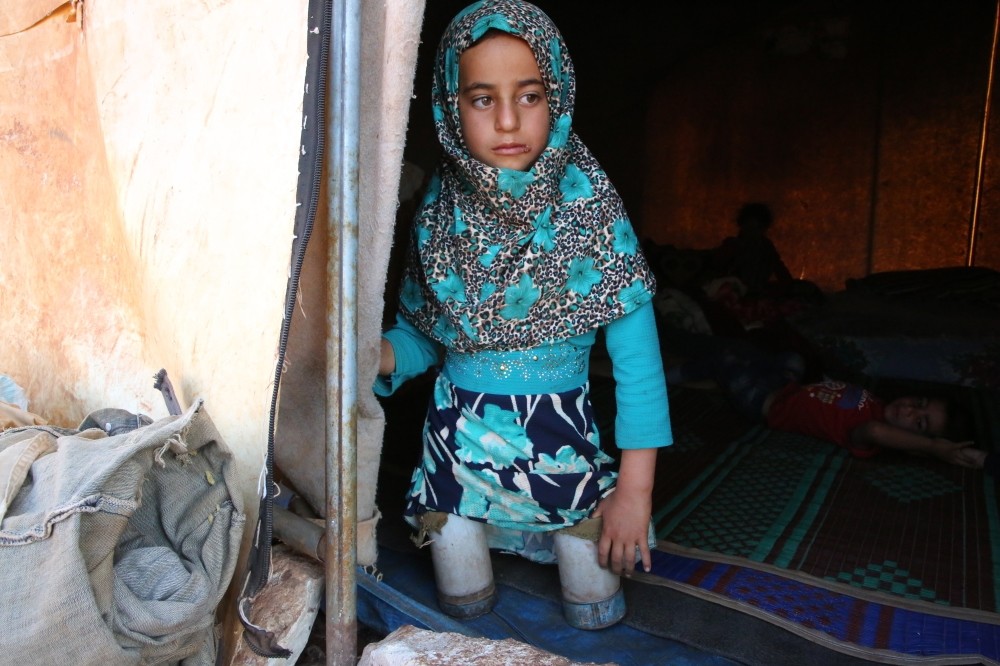 Days after her heart-wrenching image made the headlines, eight-year-old Maya Meri, an amputee with a tin can for lower legs, was brought to Turkey where she will receive new prosthetic legs.

Meri and her family currently live in a refugee camp in war-torn Syria's Idlib after fleeing their hometown Aleppo. Her father, who also suffers from the same congenital condition came up with the idea of building prosthetics on his own as the family cannot afford to get the real ones. So, he filled two cans with cotton, scraps of cloth and wrapped them with plastic pipes for a makeshift pair of prosthetic legs allowing Meri to move around.

After her pictures went viral on social media, Turkish social media users flooded charities with messages on how to contact Maya for her treatment.

Turkish Red Crescent ultimately brought the girl to Turkey where she will receive prosthetic legs. The girl is now in Reyhanlı, a Turkish town bordering Syria. She will travel to Istanbul soon for her surgery for the implant. Mehmet Zeki Çulcu, the owner of a prosthetics manufacturing company, reached out to the family and offered them the free implant. "We are a great country. I pledged to cover all expenses for prosthetic implants for Maya and her father. Thousands of people still contacted me online to help them," he said.

Speaking to Anadolu Agency (AA), Maya said her only dream was to "walk." Her mother Rabia says her daughter "suffered much" as she struggled to walk through the rugged refugee camp.