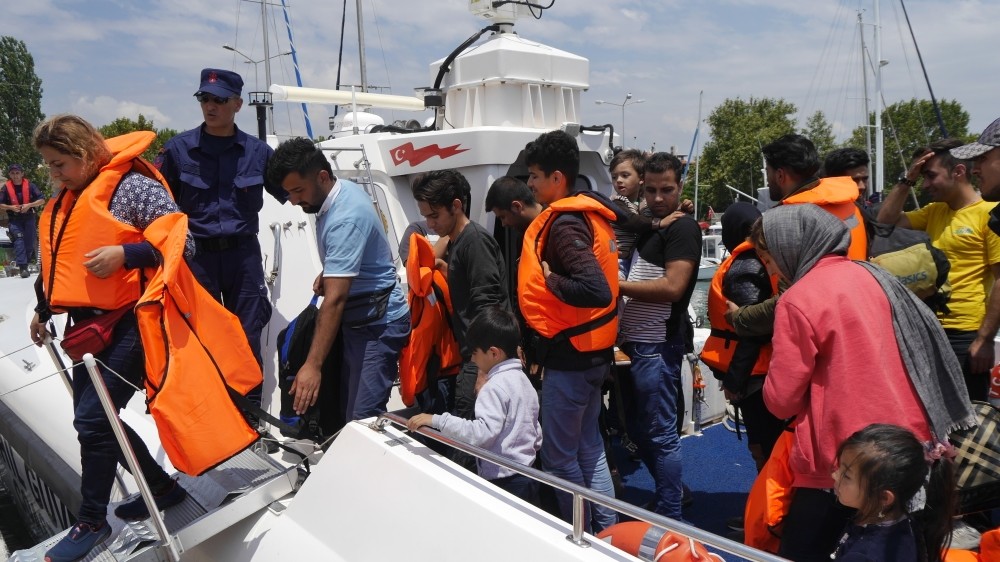 Security forces in Çanakkale, a western province, intercepted 111 illegal immigrants trying to cross to the Greek island of Lesbos yesterday.

Some 36 migrants were discovered in a rubber boat heading to the island, while 75 others were found on a secluded spot on Turkey's Aegean shore, preparing to board boats to the islands. Coast Guard crews brought them to ashore to a center for migrants where they were given food before they were sent to a resettlement center for illegal immigrants. The migrants, including children, were Afghan, Iranian and Moroccan nationals.

Turkey has been the main route for refugees trying to cross into Europe, especially since the beginning of the civil war in Syria. Of the migrants held in 2017 in Turkey, the majority came from Pakistan, around 15,000, followed by Afghans, at about 12,000. Syrian refugees totaled 10,000.

Greece has long been the first destination for refugees and migrants setting out on a journey to Europe from Turkey, whether Syrians or nationals of Middle Eastern or Asian countries. Turkey and the EU signed a deal in 2016 to curb illegal immigration via the dangerous Aegean Sea route from Turkey to Greece.

Turkish Coast Guard figures show 12,546 illegal immigrants were intercepted on seas surrounding Turkey this year. Though the figures do not specify locations, most are believed to be those trying to cross the Aegean Sea to reach Greece. This year 35 migrants perished when their boats sank in the Mediterranean and Aegean seas. Authorities also apprehended 32 "organizers" or human smugglers during the same period.