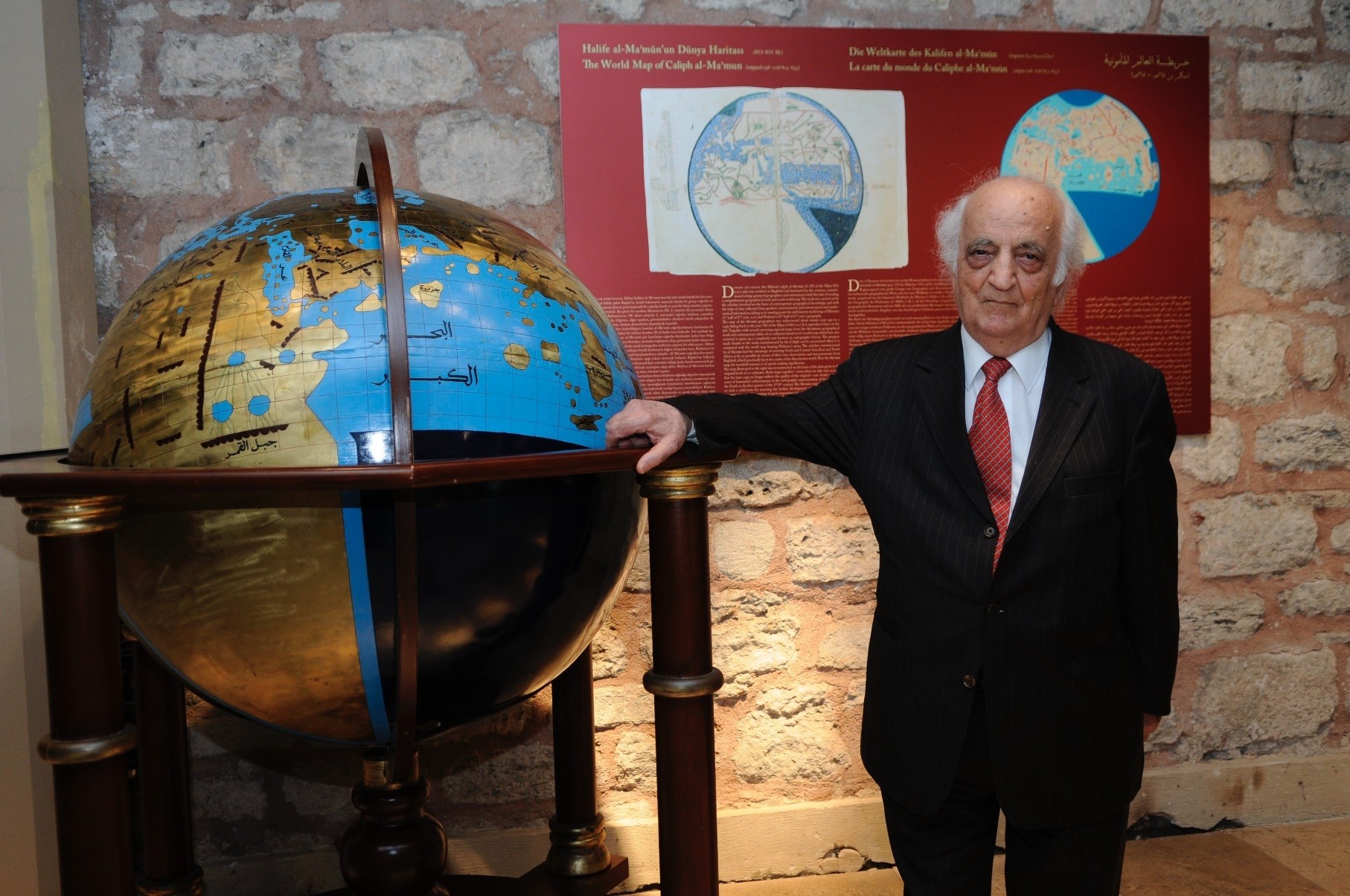 Fuat Sezgin received many prizes and awards during his seven-decade academic career on the golden age of Islamic science and technology.
by daily sabah May 23, 2019 4:28 pm

A world-renowned historian of Islamic science, Fuat Sezgin, died over the weekend in Istanbul at the age of 94. He was laid to rest at the Gülhane Park where the institute he founded is located

Professor Fuat Sezgin, one of the most respected historians of Islamic science and the recipient of the Presidential Culture and Art Grand Prize, died on Saturday at the age of 94 from undisclosed reasons.

Sezgin, who was born on Oct. 24, 1924 in the eastern province of Erzurum, completed his primary and secondary schooling there before moving to Istanbul to study at university.

His initial inclination was to study mathematics and become an engineer. On the advice of a relative, Sezgin attended a seminar in the Institute for the Oriental Studies at Istanbul University that was given by the German orientalist Hellmut Ritter, who was one of the most renowned specialists in his field. This caused Sezgin to change his plans radically. 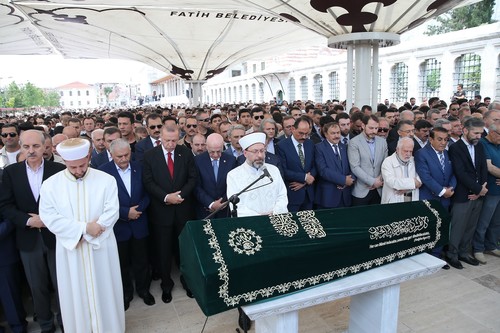 Under the influence of Ritter, Sezgin went to the institute to enroll in the courses. Ritter suggested Sezgin focus on his studies on orientalism and Islamic sciences. After completing his bachelor's degree in literature, he completed his Ph.D. in Arabic language and literature, with his thesis on Persian scholar Muhammad al-Bukhari (810 -870). Al-Bukhari's use of written sources proved that the claims of the previous academics regarding hadith scholars just using oral traditions were wrong.

In 1956, Sezgin published his dissertation titled "Studies in the Written Sources of al-Bukhari."

Around the same time, he married orientalist Ursula Sezgin, who gave birth to their daughter Hilal in 1970. He is widely known for his Arab-Islamic History of Science, whose first volume he published in 1967 and was working on its 18th volume the time of his death. He was editing the Journal for the History of Arabic-Islamic Science since 1984.

His research in Frankfurt focused on Islam's Golden Age of Science between the eighth and 14th centuries.

In 1982, Sezgin founded the Institute for the Arabic-Islamic Sciences (Institut für Geschichte der Arabisch-Islamischen Wissenschaften), which is affiliated to the Goethe University in Frankfurt. It houses one of the largest collection of texts on the history of Arabic and Islamic science. He also established a museum showcasing over 800 copies of scientific tools, devises and maps built by Sezgin based on their original descriptions in written sources.

GERMAN SEIZURE OF HIS ARCHIVE

It is the institute in Frankfurt that houses around 45,000 texts, most of them the only remaining originals in the world that stand out as his life's work. Last year, Sezgin was involved in a legal battle in Germany over his desire to bring to Turkey over 30,000 of the 45,000 books he collected over the years through his academic research. Sezgin argued that the Turkish government had established an institute in his name and he simply wanted to bring his private library to Turkey. However, German customs seized the books, arguing that they were cultural artifacts that belonged to Germany.

German prosecutors initiated a criminal inquiry, accusing Sezgin of attempting the embezzlement of institute property by trying to take the books to Turkey. The prosecutors also claimed that Sezgin was a close friend of President Recep Tayyip Erdoğan. German authorities also argued that if the books had a listed price of over 50,000 euros, a ministerial permission was necessary for their move. German authorities later realized that the books were not cultural artifacts, which led the prosecutors to drop the charges.

However, the dropping of the criminal charges did not end the debate over who owned the books, Sezgin or the institute. An administrative court banned the removal of the books from Germany and sealed Sezgin's office at the institute he had founded.

Last year, Sezgin had said he wanted to continue his work but did not have access to his documents in his own office. Many Turkish academics believe Sezgin's treatment, especially the ban on the books he personally paid for, is linked to the deteriorating relations between the two countries.

Erdoğan, speaking after the prayers, said the government intended to declare 2019 as the Professor Fuat Sezgin History of Islamic Science Year. He also said that efforts to repatriate Sezgin's personal archive would continue. He was buried next to the institute, in Gülhane Park, as he wished.