Turkish citizens live in 170 of the world's 193 countries: study 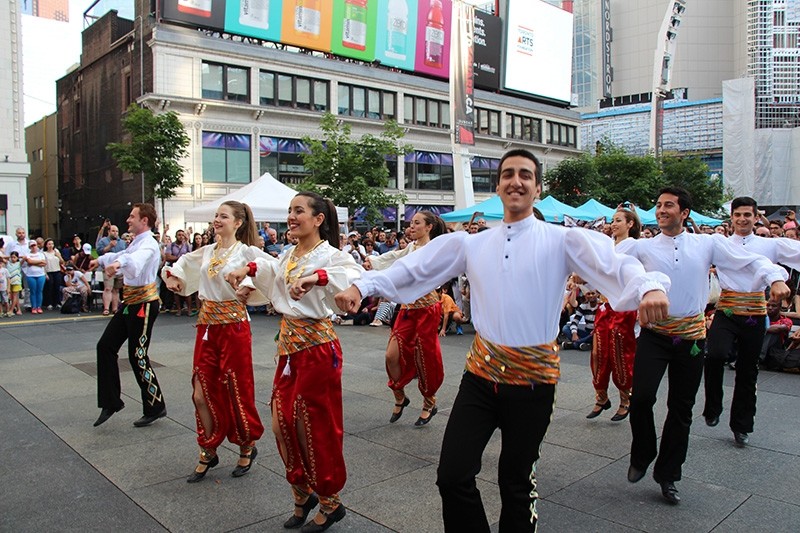 Turkish citizens are residing in 170 of the world's 193 countries, a recent study by the Turkish media-monitoring firm Ajans Press found.

Based on data compiled from the Ministry of Foreign Affairs, Turkish European Foundation for Education and Scientific Studies (TAVAK) and the Turkish Employment Agency (IŞKUR), the study found that of 6 million Turkish citizens living abroad, about 5 million live in Europe.

Most of the remaining 1 million Turkish citizens are residents of countries in North America, Australia, the Middle East and other parts of Asia.

The study also found that nearly 150,000 companies in Europe were founded by citizens of Turkey, generating almost 50 million euros in total annual sales.

Germany was found to be the country with the highest Turkish population. About 1.63 million Turkish citizens live in Germany, 544,382 of whom are actively employed.

The second-most populous country is France with 459,611 Turkish citizens, 195,794 of whom are employed in the country.

After Germany and France, the most preferred countries for Turkish workers are: the United States, the Netherlands, Saudi Arabia, Austria, Switzerland, Denmark, Australia, Canada and the Turkish Republic of Northern Cyprus.

Between May 2017 and May 2018, 9,780 Turkish workers were sent abroad for employment, primarily in the construction sector. Of these workers, 9,752 were men and only 28 were women.

Though the Turkish nation boasts being descendants of nomadic tribes settled in present day Turkey, a similar mass movement started in the second half of twentieth century. Germany received an influx of "guest workers" in the post-World War Two period as the European country tapped into foreign workforce for rebuilding efforts and improving industrialization.

Throughout 1960s, Turkey signed workforce agreements with Germany, Austria, Belgium, Netherlands, France and Australia. Migration of workers continued well into the first half of the 1970s. Seeing lucrative job opportunities elsewhere, Turks then turned to North Africa, the Middle East and the Gulf countries where a Muslim identity helped them better integrate. Following the collapse of Soviet Union and with increasing demand for foreign investments, Turks also headed en masse to the Turkic states of Central Asia and former Soviet republics.

For decades, Turkey pursued haphazard policies regarding Turkish citizens abroad and it was only in 2010 that the state run Presidency for Turks Abroad and Related Communities was founded. The agency is tasked with coordinating relations with Turks abroad and developing services to address their problems in an expanded scope rather than simple embassy services.