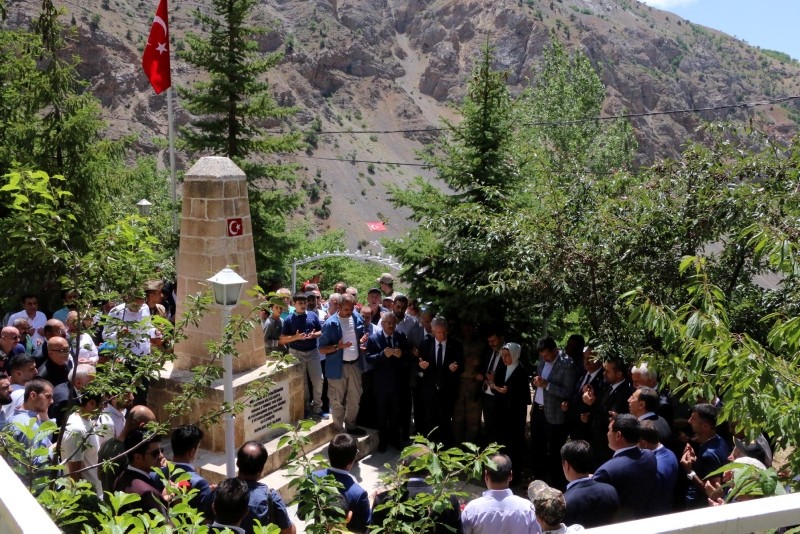 On its 25th anniversary, 33 victims of the Başbağlar massacre were remembered in the eponymous village in northeastern Turkey's Erzincan province yesterday. A minister and lawmakers joined the mourning families of the victims in remembrance and for the unveiling of a monument dedicated to this dark chapter of the '90s.

The victims – all of them male residents of the village – were shot execution-style by a group of terrorists who stormed the village on July 5, 1993, three days after another massacre killed 37 people in the central city of Sivas. Villagers would later testify that the assailants told them at the time that it was in retaliation for the Sivas massacre.

Today, it is viewed as a plot by the "deep state" to pit Sunnis against Alevis. Başbağlar was a Sunni-majority village, while the 35 victims who died in a hotel burned by an angry mob were mostly Alevi intellectuals and artists.

Interestingly, both attacks were proceeded by the slaughter of 33 unarmed conscripts in the eastern city of Bingöl by the PKK on May 24, 1993. The suspicious deaths of top military officers would wrap up an eventful year that started with a car bombing that killed investigative journalist Uğur Mumcu and a suspicious car accident that claimed the life of Finance Minister Adnan Kahveci. Turgut Özal, the country's eight president and the first one with a civilian background, also died of a heart attack in April 1993 with many claiming that he was poisoned.

Media outlets point the finger to the "deep state," a collection of bureaucrats, mobsters, soldiers and influential people from all walks of life running a shadowy organization for their own interests.

Speaking at the remembrance ceremony, Customs and Commerce Minister Bülent Tüfenkçi, who represented the government at the event, said the "suffering" in Sivas and Başbağlar was the work of "the same masterminds."

"They wanted to pit people against each other, to divide this country. They served the same purpose," the minister said.

Ravza Kavakçı, deputy chair of the ruling Justice and Development Party (AK Party), said at the ceremony that "the state failed to back its own citizens unfortunately," adding "but that was old Turkey."