Greece grants asylum to another putschist to the chagrin of Turkey 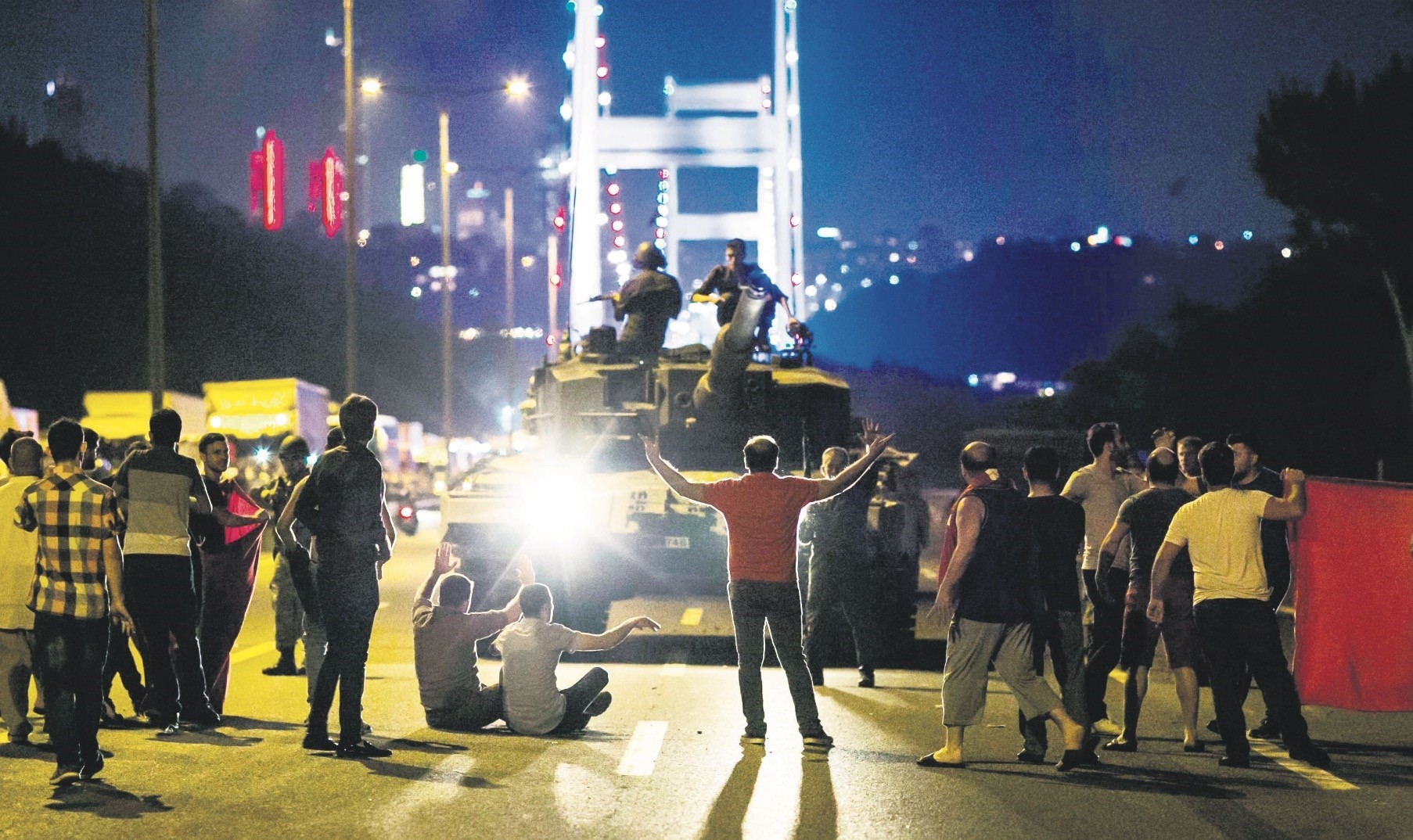 People confront a tank controlled by putschists during the 2016 coup attempt in Istanbul. Soldiers sheltered by Greece took part in the coupu2019s Istanbul leg.
by Compiled from Wire Services
Jul 06, 2018 12:00 am

In a move likely to anger Ankara, Greece yesterday granted asylum to another member of a group of eight FETÖ-linked soldiers who fled to the country after their coup attempt in Turkey failed two years ago

Uğur Uçan, one of eight military officers who fled to Greece after the coup attempt they joined was thwarted, was granted asylum by a Greek asylum committee yesterday. He is the third soldier to be granted asylum after Athens rejected earlier extradition requests for the soldiers.

Approval of the asylum request will likely anger Turkey, which condemned the earlier decisions for the eight men. Süleyman Özkaynakçı and Ahmet Güzel had their asylum requests approved after Greek authorities cited concerns that they might not have a fair trial in Turkey. The Greek government has disputed the decision by a top court that green lit the asylum process for soldiers, to no avail. The remaining five soldiers are also expected to have their requests accepted.

Suspects, who hijacked a military helicopter and landed in Greece hours after the coup attempt by military infiltrators of the Gülenist Terror Group (FETÖ) on July 15, 2016, was thwarted, were released from custody in May after a mandatory detention period of 18 months expired. They are being held "in a safe place outside Athens" until the conclusion of asylum requests, according to Greek media outlets.

Turkey pursues a global campaign to bring suspects linked to the terrorist group to justice but often faces obstruction by Western countries. Greece under the Alexis Tsipras government said it sought to end past hostilities with Turkey but keeps offering shelter to terror and coup suspects instead.

The officers are wanted in connection with their role in the coup attempt's Istanbul leg. When the coup attempt failed, they fled the headquarters of the 66th Mechanized Infantry Brigade in the city where they were deployed. The military base served as the meeting place for a group of putschist officers, who are accused of gathering there two days before the attempt to discuss the details. Four people, including Col. Sait Ertürk, were killed at the same base in a clash with pro-coup troops.

Suspects will have a right to travel to European countries once their asylum requests are approved. FETÖ members, especially those involved in the coup attempt, have already found shelter in European countries and more members of the group seek to cross into Europe. Norway said yesterday that the number of asylum seekers from Turkey has increased noticeably in recent weeks, and officials say it will take time to process them because Oslo needs to check other countries' practices in similar cases. Many were FETÖ suspects. Norway's Directorate of Immigration said that 245 Turkish nationals have sought shelter in Norway so far in 2018, including 142 arriving in June. That compares to a total of 164 Turkish nationals who sought asylum in Norway in 2017. The agency offered no explanation for the June increase.

Turkey earlier condemned rulings not to extradite coup suspects as "politically motivated." The two countries have a past tainted by hostilities, but recently sought to improve relations and have agreements in place in the fight against terrorism.

Due to its location at the gateway of Europe, Greece has been a popular destination both for migrants and fleeing FETÖ suspects after Turkey escalated a crackdown on the terrorist group in the wake of the coup attempt. Turkish border security has stopped dozens of FETÖ suspects on the land border with Greece, while the Turkish Coast Guard has prevented a large number of the group's members from fleeing to Greek islands near Turkish shores since the summer of 2016.