Dr. Öz to feature Turkey’s Göbeklitepe on US show 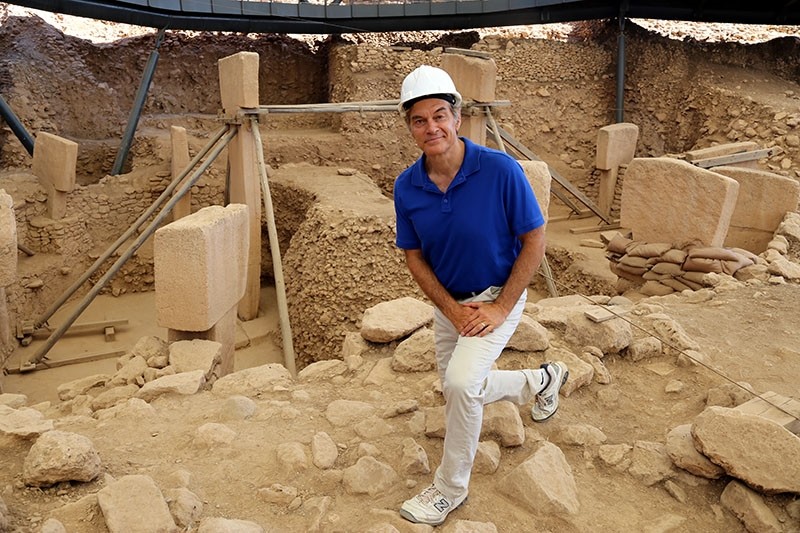 Turkish-American surgeon and author Dr. Mehmet Öz will introduce the "world's oldest temple" Göbeklitepe to viewers around the world on his widely-watched U.S. television program.

The ancient site in Turkey's southeast Şanlıurfa was recently added to the UNESCO World Heritage List.

Öz, who was in northern Syria's Azaz over the weekend providing care to Syrian children affected by bombings, said he was very impressed during his visit to Göbeklitepe. 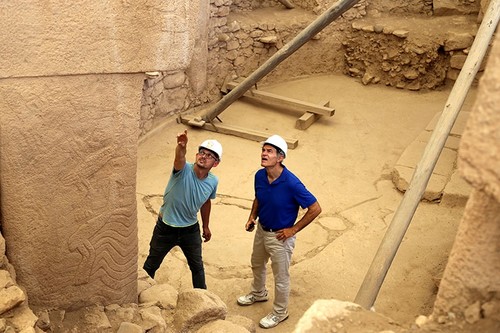 He said he plans to share about the ancient temple site on his TV program, "The Dr. Oz Show," which runs in 100 countries.

"I want the whole world to understand how important Göbeklitepe is," Öz told an Anadolu Agency correspondent.

"If we forget that history, we can suffer even today, but if we remember the meaning and importance of Göbeklitepe, it can change our future," he said.

He pointed out that 10,000 years ago in the Neolithic age, humans were making achievements that would change mankind.

"People do not talk to each other, looking into their eyes today, and have lost their contact. This is because of technology and wars. However, our first ancestors who created huge statues in the Neolithic 10,000 years ago changed the history of humanity," he said. 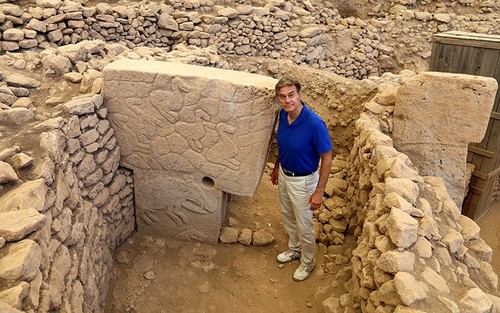 "People in this era were trying to reach God. They believed that they could change the world after they met with God," he said, adding that they began to develop agriculture and civilizations thanks to this belief.

Öz interviewed Lee Clare, Göbeklitepe project coordinator of the German Archaeological Institute, and Bahattin Çelik, head of archaeology department in Ardahan University. He explained that the interviews were in both Turkish and English so that the archaeological site can be understood better.

Saying that Göbeklitepe was found thanks to a statue that was found on land, Öz added, "Göbeklitepe is the biggest archaeological discovery of the last century in the world which was brought to light with a statue. In Turkey, some people do not know what this place is and why it is important. If they know, I am sure that they will come and visit it."

"The most important thing about Göbeklitepe is that it transferred us to the sky age from the stone age as it changed our beliefs. We contacted each other and started to trust each other, coming together. Human civilization came into existence from here. If the civilization in Göbeklitepe did not exist, we would not be here. All people should see it if they have time," he said.

Named one of Time magazine's "100 Most Influential People," Dr. Mehmet Öz of Columbia University is the winner of six daytime Emmys for "The Dr. Oz Show," the author of six New York Times best-sellers, and a well-known public figure and TV personality in the U.S. After making his debut on TV with the daytime program "The Oprah Winfrey Show," Öz later started hosting his own show, becoming one of the most widely followed doctors in the U.S.