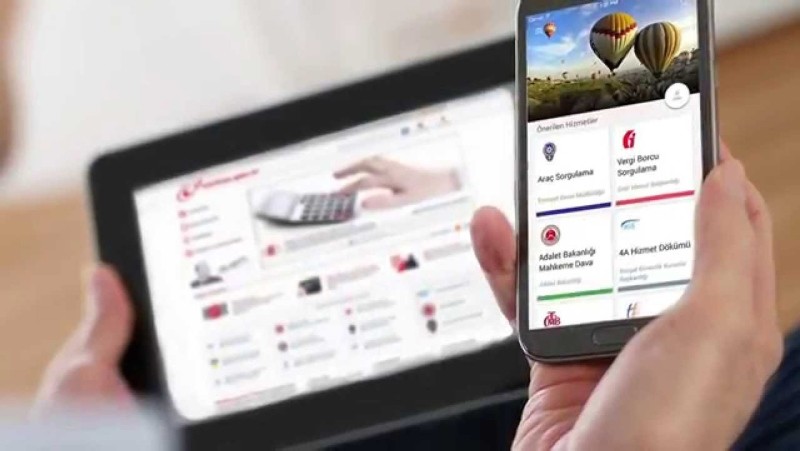 Turkey showed a high level of e-government development performance and ranked 53rd in the world, according to the United Nations this week.

The UN E-Government Survey 2018 showed that the country's place in the e-government development index (EGDI) -- which measures the use of information and communications technologies to deliver public services -- climbed 15 spots from the 68th place in 2016.

The EDGI value can be between 0 (lowest) and 1 (highest), as it is "a weighted average of normalized scores on the three most important dimensions of e-government".

Turkey's Transport and Infrastructure Minister Mehmet Cahit Turhan told Anadolu Agency that over the past 18 months many studies have been carried out to determine the digital services in line with the bureaucracy reduction plan.

"In this process, more than 1,600 services were integrated to e-government," Turhan said, adding: "We are accelerating our efforts to offer all digital services until the end of this year."

Pointing out the first attempt to benchmark the state of e-government in 2001, the UN noted that it has been growing rapidly over the past 17 years.

"The 2018 survey highlights a persistent positive global trend towards higher levels of e-government development," it said. "In this edition, 40 countries score very-high, with EGDI values in the range of 0.75 to 1.00, as compared to only 10 countries in 2003, and 29 countries in 2016."

"Since 2014, all 193 Member States have been delivering some form of online presence," it said, noting that Denmark, Australia, and South Korea are the top countries in the EGDI this year.

"Since 2016, Denmark has been implementing its digital strategy 2016-2027, setting the course for Danish public-sector digitization efforts as well as their interaction with businesses and industry,

"This strategy is aimed at building the basis for a strong and secure digital Denmark."

The UN stated that Australia kept its position in 2016 and ranked second this year, adding that the country tops in HCI and stands among top 10 in OSI.

Speaking about South Korea's third spot in the EGDI, the UN said: "The country performed well in online service and technology infrastructure, but its human capital development was relatively low compared to other top ranked countries."

"The country facilitates convenient, efficient, and transparent government in enhancing citizens' satisfaction and government productivity and is constantly improving to provide better government services to its citizens in the face of rapid technology changes," it said.