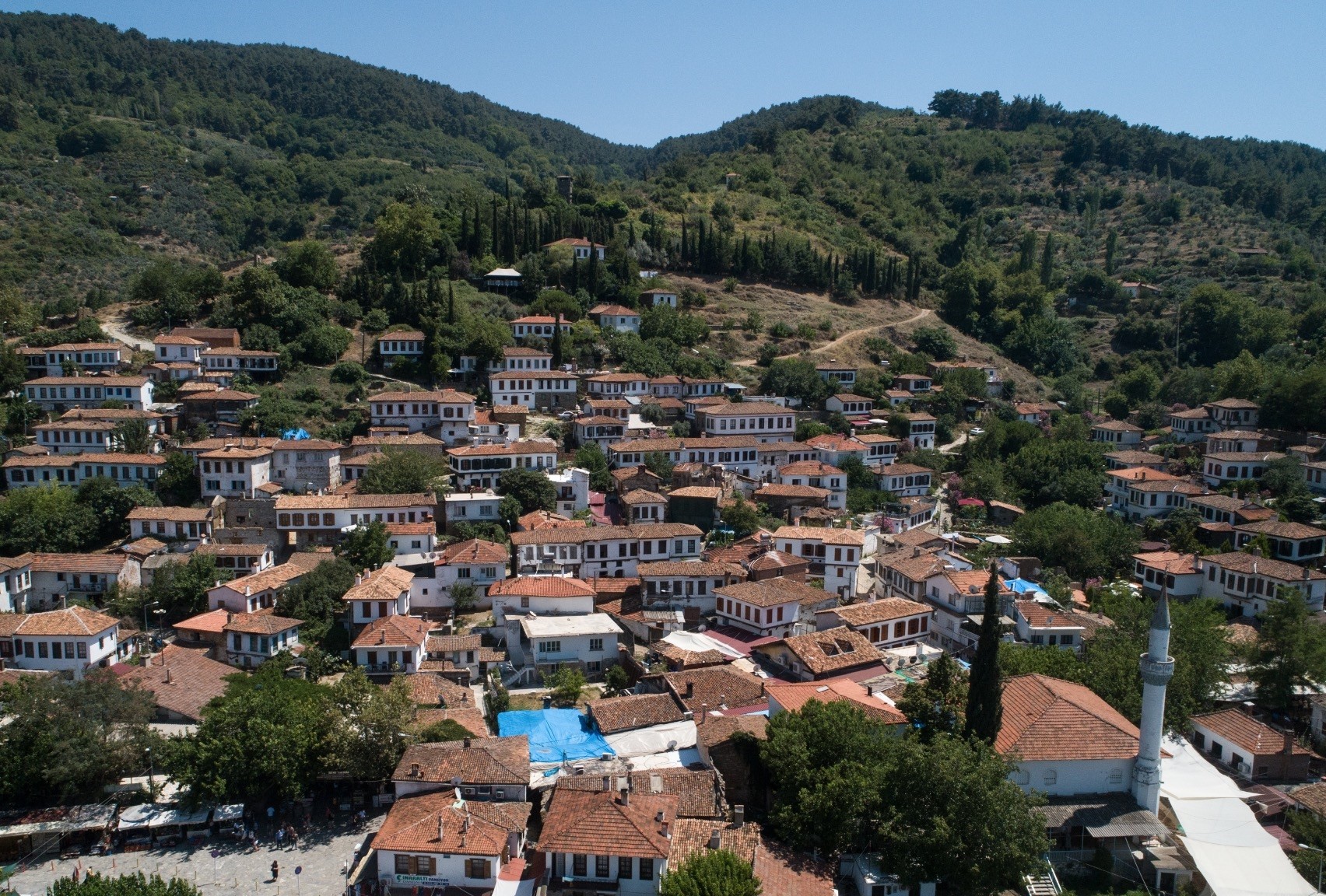 u015eirince, a quiet hillside village, welcomes thousands of tourists every year.
by Compiled from Wire Services Jul 23, 2018 12:00 am

Şirince, a quiet village in western Turkey, saw its popularity peak in 2012 when crowds descended from all over the world, believing it would be one of two places on Earth to be spared from the doomsday predicted on an ancient Mayan calendar. Six years after the failed prediction, thousands still visit the village which now boasts about 1.5 million visitors every year.

Tracing its history to fifth century A.D., the village located near the ancient city of Ephesus in western Turkey's İzmir province, sought to dissuade foreigners from visiting and was thus rumored to have been named "Çirkince" meaning "ugly place" for this very reason. On the other hand "Şirince" roughly translates to "nice place."


Amid a tourism boom taking over Turkey's Aegean region where it is located, residents of the village who are mostly descendants of refugees from the Balkans, now count on tourist dollars.

The village was not usually on the itinerary of travel agencies offering tours to Ephesus, until a group of self-styled experts on bio-energy, announced that "mystical energy" in Şirince could spare it from the approaching doomsday.

Since then, foreign tourists are a usual sight on narrow alleys of the hillside village where traditional white, stone houses surrounded with olive trees offer a nostalgic microcosm of Anatolia of the past. Tourists from Far East are among the majority of tourists visiting Şirince which occasionally draw Orthodox faithful performing religious services in Muslim village's two churches.

It was South Korean tourist Dongkyoung Choe's first time in Turkey when she decided to visit the village after she read about its newfound fame. "France and Italy have similar villages but Şirince seems very natural. It apparently managed to preserve its culture and characteristics," she told Anadolu Agency.

Emanuel Muller Ramos from Brazil decided to take a trip to Şirince after visiting Ephesus. "I am fascinated. It is a perfect village," he said.Ahmet Irak who runs a boarding house in the village said Şirince is a place "to visit year after year" for tourists. He said apart from Asian countries, tourists from Arab and European countries are also frequent visitors.