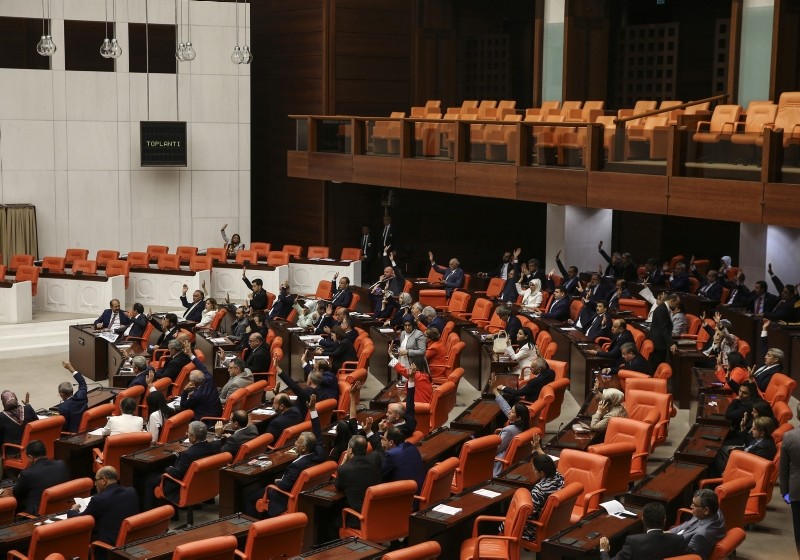 Parliament on Thursday ratified a law to enable citizens to reduce the term of their military service by paying a certain amount of money.

Lawmakers of the ruling Justice and Development Party (AK) Party and the Nationalist Movement Party (MHP) backed this.

The law enables citizens to complete their military service in just 21 days instead of 5.5 or 12 months if they are university graduates and pay money to the government via bank accounts. According to the law, citizens born on or before Jan. 1, 1994, will be required to complete 21 days of military service if they pay TL 15,000 ($3,141). Turks who reside in other countries must pay 2,000 euros.

The law will be forwarded to President Recep Tayyip Erdoğan for approval and will later be published in the Official Gazette.

Proponents of paid military service claim conscription derails budding careers. Many who campaign on social media are university graduates and complain that serving a shorter conscription period should be replaced with an exemption to boost the economy.

Ankara sees the military exemption as a step toward a professional army. Currently, the army consists largely of conscripts that Turkey only recently stopped deploying for counterterrorism and other risky operations. Previously, soldiers were forced to serve in dangerous areas with little training in their short tenure in the military, often ending up killed in counterterrorism operations.