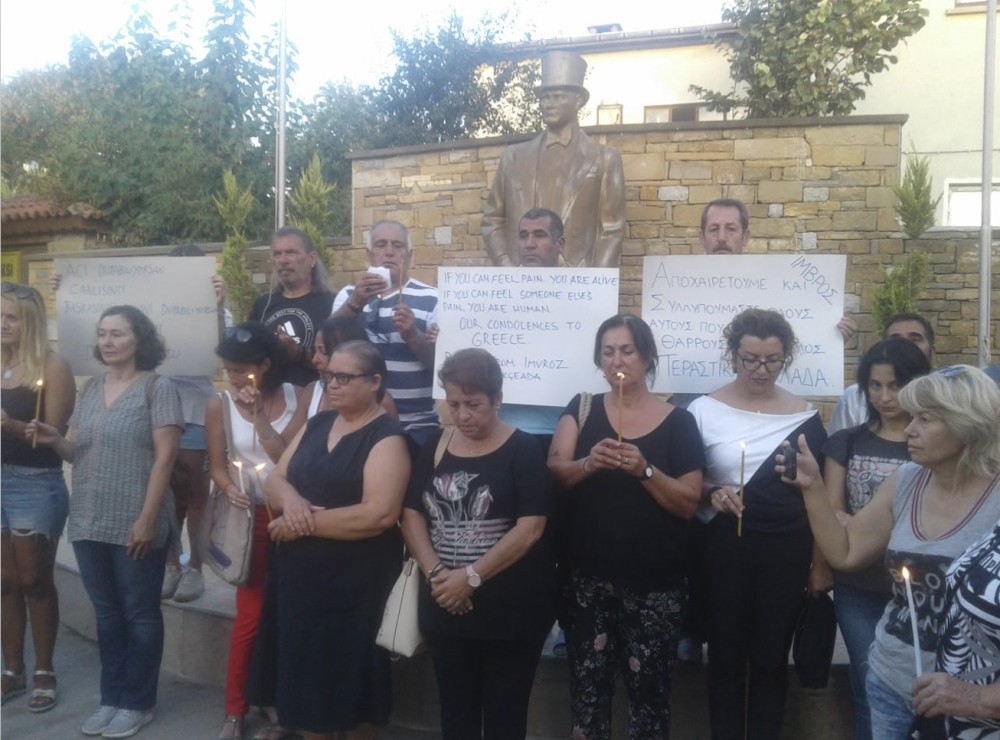 Condolences pour in for the victims of wildfires in Turkey's neighbor Greece. A group of Turks and Greeks came together for a vigil late Wednesday in memory of 82 people that died in fires on the east and west coasts of Greece's Attica region on Monday. Turkey's Orthodox community also mourned the victims at a religious service.

In Gökçeada, Çanakkale province, in western Turkey, which is home to a small Greek community, locals came together for a vigil organized by a Turkish businessman. Carrying banners in Turkish, Greek and English which read "We share your pain," mourners remembered the victims, prayed and observed a minute of silence. Turks recited verses from the Koran which are dedicated to the deceased, while Greeks lit candles in the courtyard of a church in central Gökçeada after the vigil.

A religious service by the Greek Orthodox community yesterday was also dedicated to the wildfire victims. The community's members living in Turkey, Greece, the United States, Australia, Italy, France and Canada have gathered at an historic monastery for a service dedicated to Saint Paraskevi. Organizers canceled festivities that traditionally follow the religious mass this year out of respect to the wildfire victims. A priest from Istanbul's Aya Yorgi Church presided the mass where people lit candles in memory of the victims.

Although their relations are marked with sporadic hostilities, Turkey and Greece have been mostly enjoying good ties due to their historical connections and proximity as the two countries on either side of the Aegean Sea. After the tragedy hit Greece, Turkish leaders offered condolences and assistance to Athens. The Turkish nation also expressed sympathies on social media and recalled Greece's offer of help in 1999 when a devastating earthquake hit Turkey's northwest.