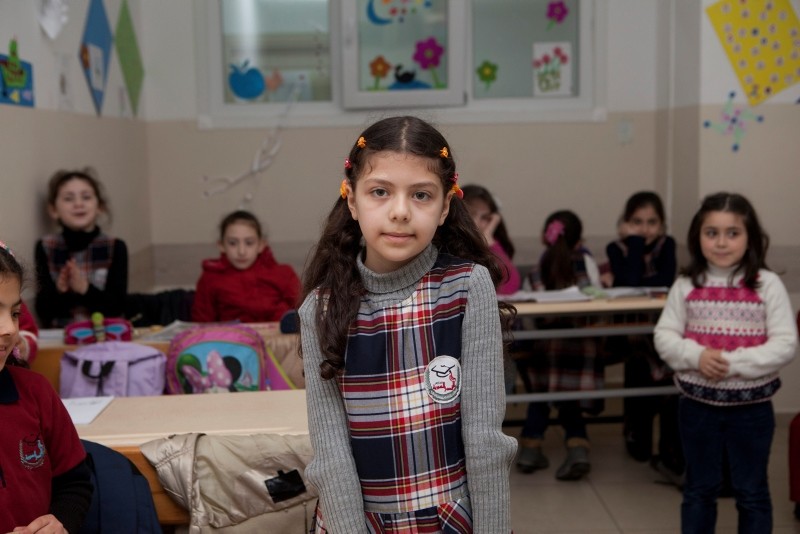 Syrian refugee children living in Turkey are taking part in language courses as part of an ongoing project carried out in 23 provinces by the Ministry of Education and the European Union Delegation to Turkey.

The project aims to support the integration of Syrian children into Turkey's education system and is currently focusing on summer courses. During these courses, Syrian children get the chance to improve their speaking, writing and listening skills in Turkish, while also taking part in various social, art and sports activities.

Adem Koca, Director of National Education in southern Turkey's Adana province, said that education is the most important tool to manage migration.

"The summer language courses will have a positive impact on Syrian students' school success," Koca added, stressing that remarkable results have already been achieved.

This year's language courses started on June 18 and will continue through Aug. 31.

Thousands of students benefited from a previous program co-funded by the EU and called "Advanced Turkish Education Project."

Turkey and the EU also recently reached an agreement to collaborate for the education of Syrian refugees as part of a new program prepared by the United Nations Children's Fund (UNICEF).

The program aims to reach more than 65,000 refugee children and adults without a formal education. Basic literacy and Turkish language courses as well as an Accelerated Learning Program will be offered to at least 35,000 children.

Turkey currently hosts more than 3.5 million Syrian refugees, more than any other country in the world, according to official figures. Of those refugees, 1.2 million are children, UNICEF says
Last Update: Aug 07, 2018 2:34 pm
RELATED TOPICS