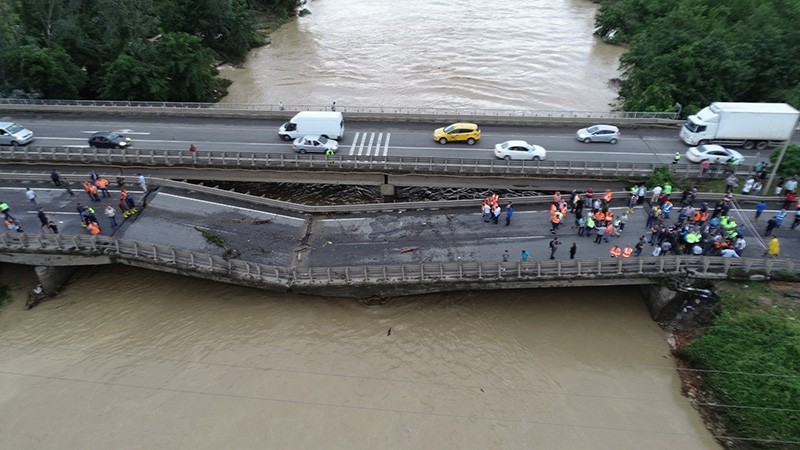 One person has died in a landslide triggered by heavy rains in Turkey's northern Ordu province, officials said Thursday.

The landslide occurred around 5 p.m. local time in Ikizce district's Aşağı Seğmenli neighborhood, collapsing a road and burying 56-year-old Bayram Sekmen in the rush of water and mud.

Emergency teams from the Prime Ministry Disaster and Emergency Management Authority (AFAD) searched for Sekmen amid the landslide and recovered his lifeless body.

Sekmen is the first victim of flash floods caused by heavy rains that have pounded the Black Sea province this week.

Speaking to reporters in Ordu on Thursday, Vice President Fuat Oktay said the rains have damaged 66 houses, 264 businesses and 60 vehicles.

At least 10 other people have been brought to the hospital for treatment of minor injuries, according to the Health Ministry.

The damaged bridge is out of service but will be repaired as soon as possible, he added.

According to Oktay, Turkey needs to rebuild the damaged houses and shops.

"The climate has been changing ... and so we also need a change of mindset," Oktay said.

Heavy rainfall starting Wednesday afternoon caused landslides and flooding in the region, especially in the Fatsa and Ünye districts.

Many roads in Ünye are reportedly closed to traffic as water levels rise.