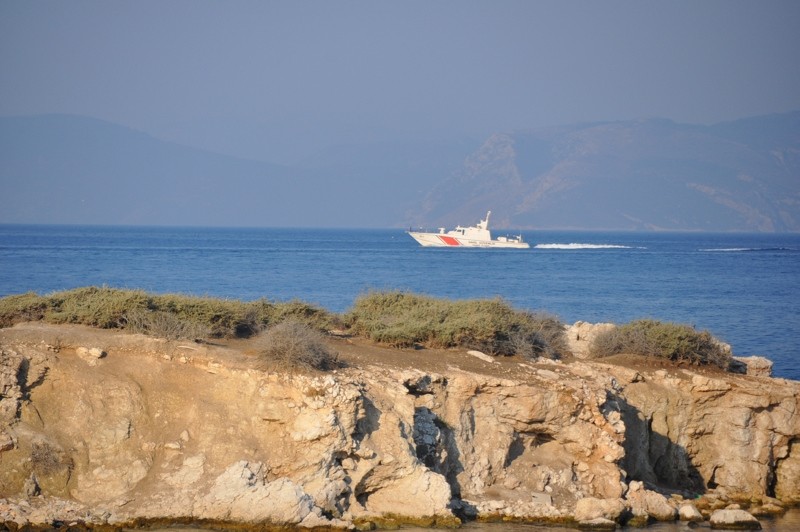 Only four of the 13 illegal Iraqi migrants survived. The victims were seven children and two women. They were heading to nearby Greek islands, gateways for migrants to reach Europe. The casualties add to the rising death toll among migrants using the deadly sea route this year. Official figures show 54 people died in similar incidents throughout 2018.

The Turkish Coast Guard dispatched boats and helicopters to the area after a tip-off that a boat had capsized off the coast of Kuşadası, a popular vacation resort town in the western Turkish province of Aydın. A boy and three men, including a Syrian national, were rescued by the Coast Guard, and the unidentified Syrian man was detained on suspicion of being a smuggler helping migrants. Divers and the Coast Guard boat combed the sea for hours for likely survivors or deceased victims though migrants said there were only 13 people aboard the boat, a small craft with the capacity to carry three people at most.

Oner Rahad, who lost his wife and three children but survived with his four-year-old boy, told Anadolu Agency (AA) how they began their deadly journey amid tears in front of a hospital in Kuşadası where the bodies of victims were taken. He said he paid $6,000 for himself, his wife and children to six smugglers after arriving in Kuşadası from the nearby city of İzmir to cross to Greece. When he found out the smugglers would not give them life jackets, Rahad told them he would not board the boat. "They told me they would kill me if I did not board. I saw a gun in the hands [of a smuggler]. We were taken to the boat at gunpoint," he said. He said the detained Syrian was steering the boat when his cellphone rang. After the Syrian man spoke on the phone, he accelerated the boat and tried to jump. "Then, there was a commotion aboard. People panicked, and the boat capsized [because of the commotion]," he said. The grieving father said he managed to grab his four-year-old boy but failed to grab his daughter who was sitting nearby.

Police have launched a manhunt to capture the five smugglers, Rahad added.