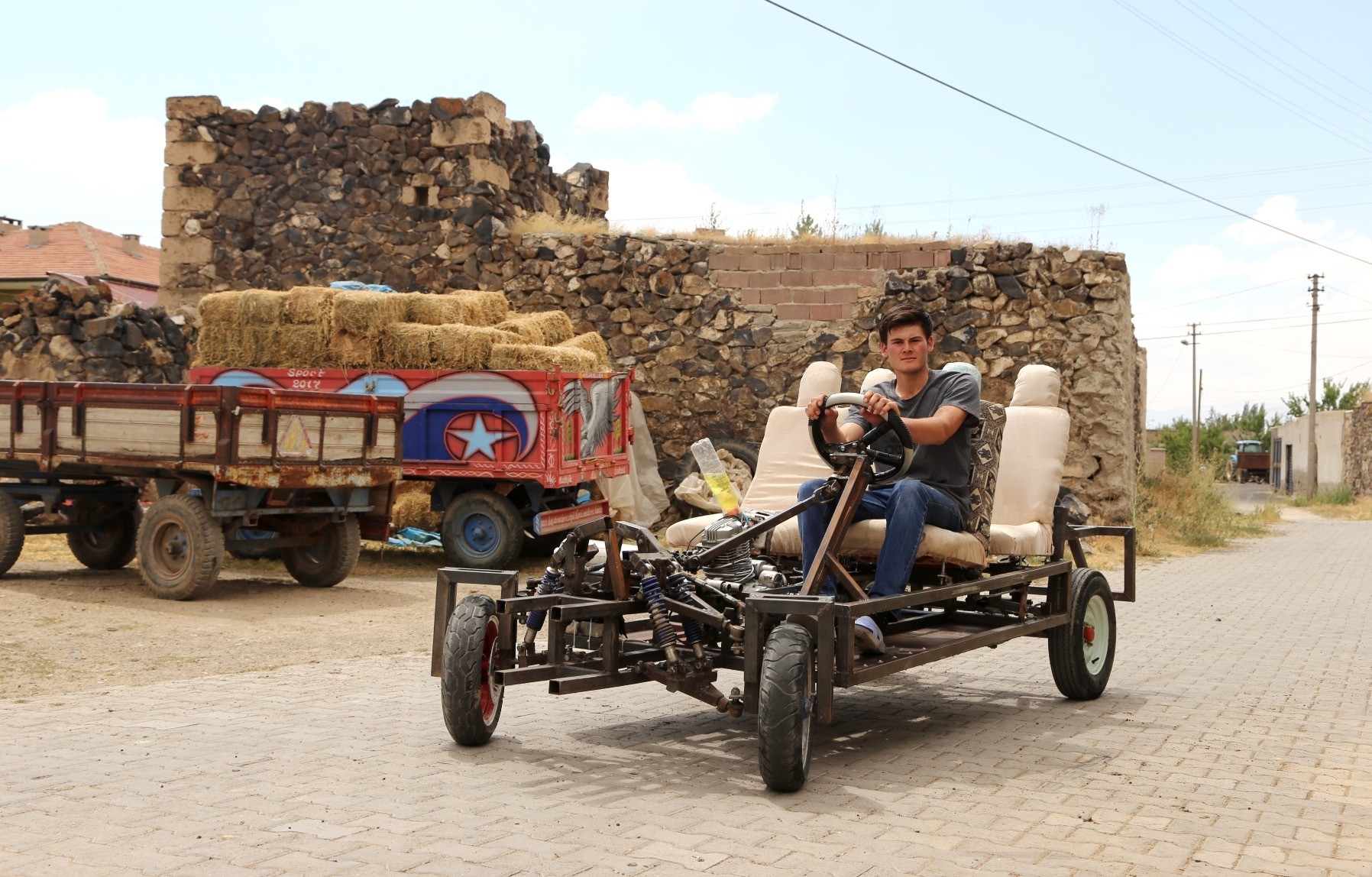 A 20-year old built his own car to go to his farm and back, adding that he intended to add more specialized features to the vehicle according to his wishes. The Anadolu Agency (AA) report said that Ali Özdemir first decided to build his own car when he realized he didn't like any of the cars on the market.

Özdemir, a high school graduate from the village of Suvermez in the central Anatolian province of Nevşehir, said his car cost him TL 8,000 ($1,244). "I had been thinking about building my own car for years. The moment I had enough money, I did it," he said.

Other cars had none of the features he wanted, Özdemir said. "I built it from steel. I converted my own motorcycle. It has a 10 horsepower motor and around 300 kilograms. It can go around 80 kilometers per hour on a flat road."

He said the car could carry up to five people. He admitted that it would not travel far, but was enough for his daily chores Ambitious Özdemir said he wants to build other cars. "I want a sports car and an off-road one. If there are sponsors, I believe I can build smaller or bigger cars."