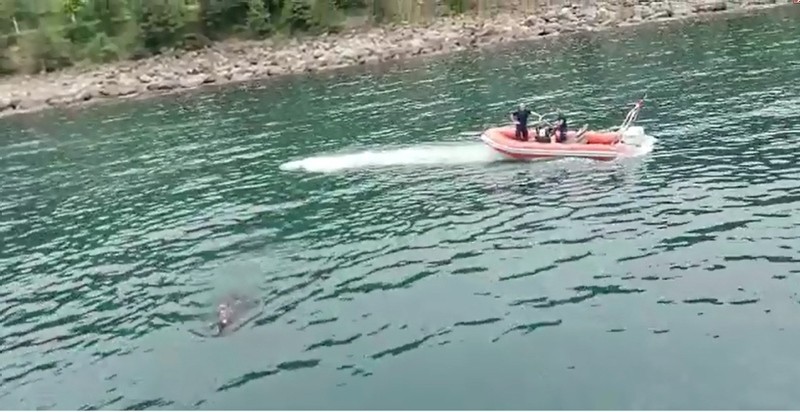 A cow who made a desperate 'swim' for freedom from being slaughtered as sacrifice on the first day of Qurban Bayram, also known as Eid al-Adha, in the Black Sea province of Rize turned up at the neighboring Trabzon province three days later, on the last day of the sacred holiday.

The runaway cow, which was set to be sacrificed, broke free from its ropes and started to run off towards the shore early Tuesday. The cow then dove into the sea and started to swim out as the owner attempted to retrieve it.

The determined bovine was found swimming in the area of Çamburnu by fishermen in the Sürmene district of Trabzon on Friday. After the fishermen's efforts to capture the cow proved futile, the Coast Guard came to help, and they pulled it onto shore.

The cow, which could barely stand up after swimming dozens of kilometers, was sent back to its owner in Rize.

The Qurban Bayram holiday, or the "Feast of Sacrifice," is held to commemorate Abraham's test of faith. Muslims slaughter livestock and distribute the meat to family and community members and those less fortunate. This custom takes place following a special prayer held on the morning of the first day and continues up until the third day of the holiday.