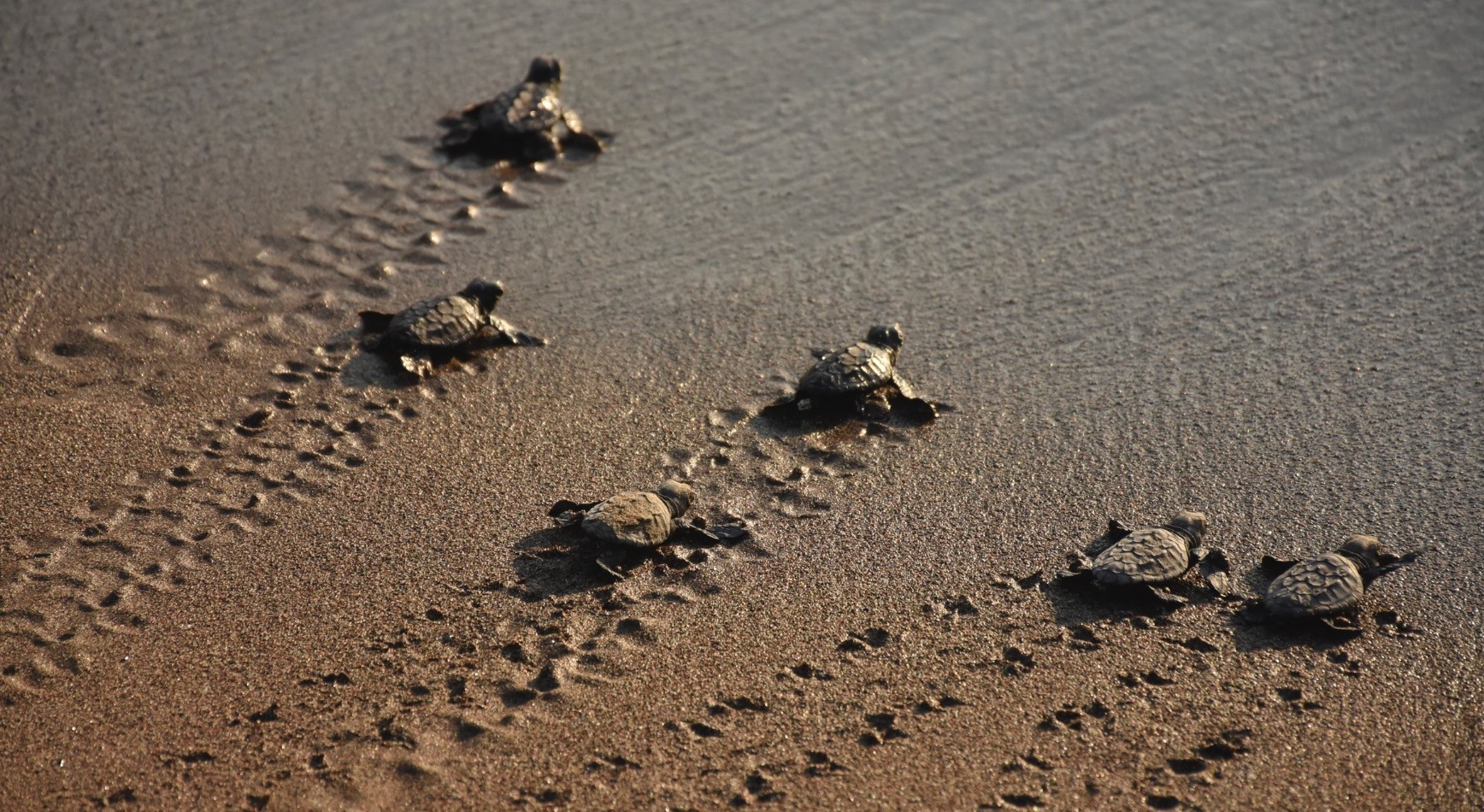 In several districts of Turkey's Antalya province, which hosts nine of 21 nesting sites of loggerhead sea turtles across Turkey, a considerable increase has been observed in the number of nests and hatchlings this year.

Threatened by the possibility of extinction, loggerheads' nests and hatchlings have been increasing each year thanks to certain measures taken, as well as efforts at raising awareness. In Antalya's Çıralı district, which houses one of the leading nesting sites in Antalya, 150 nests have been observed this year for the first time in 20 years.

The number of hatchlings in Çıralı climbed from 70 to 150 within a year, while the number of nests in the Belek district increased from 1,600 to more than 2,000.

The Agriculture and Forestry Ministry Directorate General for Nature Conservation and National Parks Sixth District manager Rıza Kamil said the number of hatchlings continues to increase in all nine nesting sites in Antalya.

Stating that they are conducting an exemplary work in Antalya, Kamil said:

"In some of our nesting sites, there has been a 100 percent increase in the number of nests and hatchlings compared to last year. Surely, this must not be regarded as an exceptional achievement as we need to see such an increase every year. I believe that we can accomplish this and reach higher numbers in the following years. People have started to show more attention to loggerheads' living spaces. Formerly, they were setting up tents, organizing camps and lighting fires on beaches. Such activities were restricted. And shopkeepers near to the nesting sites started to turn off their lights during the evening hours."

Ulupınar Environmental Protection Cooperative Chair and Ulupınar neighborhood Mukhtar Habip Altınkaya said the number of nests went up from 70 to 150 over the last year.

Remarking that they have been maintaining their protection efforts in the region for 20 years, Altınkaya said: "We have reached 150 nests for the first time in 20 years. So far, we have made 5,500 hatchlings return to the sea. And I guess we will achieve to see 10,000 hatchlings this year."

Altınkaya also stressed that loggerheads constitute a great tourist attraction: "It is hard to separate Çıralı and loggerheads. Hundreds of people rush to the beaches in the morning to see them, which helps environmental awareness. And they start to respect nature more."

Ecological Research Association (EKAD) Chairman Ali Fuat Canbolat, who is also a lecturer at Hacettepe University, observed hatchlings during a four-month camp organized with a group of volunteers in Belek, one of the largest nesting sites in the Mediterranean. Canbolat said they are finally seeing the results of their efforts in the region, which have been ongoing since 1998.

Noting that Belek is among the largest nesting sites in Europe, Canbolat said: "For four months now, we have been protecting the spawning grounds by working day and night with our volunteers. The number of nests, which was around 1,600 last year, has reached more than 2,000 this year. Last year we made 50,000 hatchlings enter the sea, and this year we are planning to reach 65,000, which is very pleasing."

Loggerheads lay eggs at 21 different spots along the Mediterranean's shores in April and May, and hatchlings leave their eggs and enter the sea after an arduous journey by July. Antalya is home to nine of these locations.