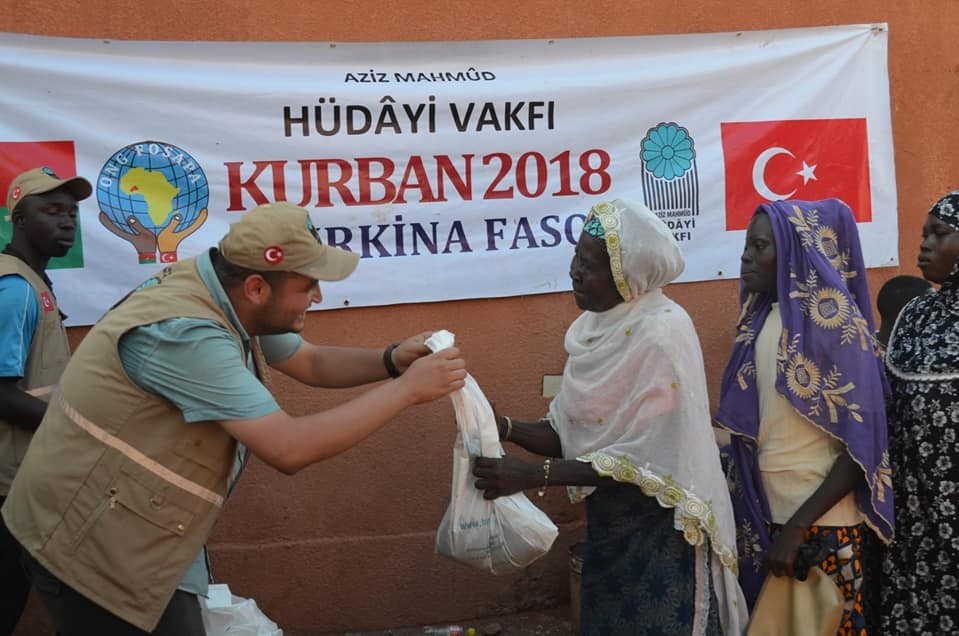 Leading non-profit Aziz Mahmud Hüdayi Foundation reached out to about 1.5 million people across the world during the recent Qurban Bayram (Eid al-Adha in Arabic), a Muslim holiday where the faithful, who can afford to sacrifice animals, distribute meat to the poor.

Collecting meat from sacrificial animals purchased by donors, the foundation delivered meat to the poor and the displaced in Bangladesh where Rohingyas who fled persecution in Myanmar live, to Palestinians affected by Israeli blockade, to Syrians displaced by ongoing civil war in their country and to the needy in 40 countries in total, from Afghanistan and Philippines to Sudan.

Serdar Eryılmaz, deputy president of the foundation in charge of humanitarian aid, says the campaign means more than a simple aid and it is more about "building bridges between our hearts." "Qurban (sacrifice) is not only about performing an Islamic duty but also a way to strengthen bonds between people and giving hope to the oppressed," he said.

Since 1985, the year it started its first international aid campaign on the occasion of Bayram, the foundation reached out to about 4 million people in more than 40 countries where it also conducts different aid projects and education programs. It also runs soup kitchens serving to the poor in those countries.

The foundation's campaign focuses on conflict zones, places where a large portion of the population are displaced due to conflicts, countries where poverty is prevalent and places with historical, cultural and ethnic ties to Turkey. The foundation has presence in places, from the Gaza Strip - where tens of thousands live under the Israeli blockade - to Somalia, from Kosovo, Albania and Macedonia in the Balkans to Central Asian countries, such as Bangladesh, Pakistan and Mongolia.