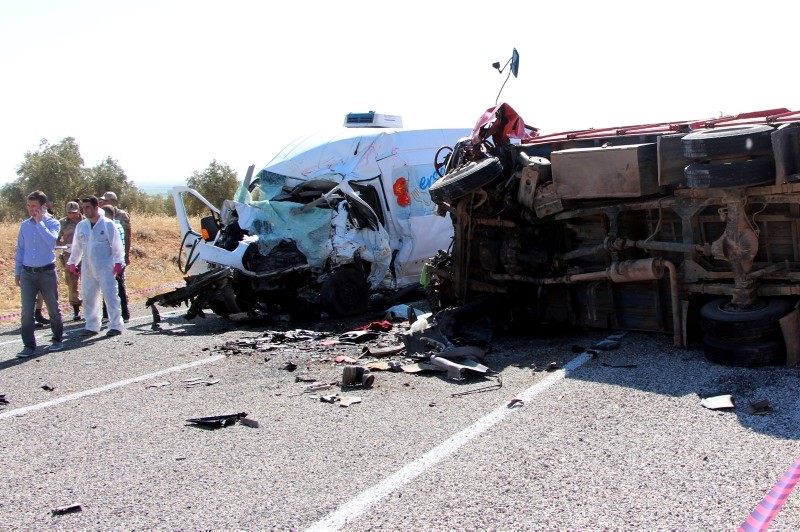 In Gaziantep, eight people were killed and another 18 injured when a pick-up truck crashed into a minibus yesterday.

The pick-up truck was carrying seasonal workers to a peanut plantation when it crashed. The drivers of the two vehicles were among the victims. One initial survivor, who was heavily injured, succumbed to his wounds at the hospital while two others remain in critical condition. An investigation is underway into the cause of the accident.

In Sakarya's Kocaali district, a car crashed into a group of bikers. Six people on three motorcycles and two people in the car died on the scene. Two other were injured in the accident. Authorities said the car's driver lost control of the vehicle and veered into the oncoming traffic lane.

Every year, traffic accidents take an emotional and financial toll on Turkey despite safety measures. Official figures for 2017 show that 7,427 people died in more than 1.2 million accidents and 300,383 people were injured. Reckless driving and negligence of traffic safety rules were the main factors in most accidents.