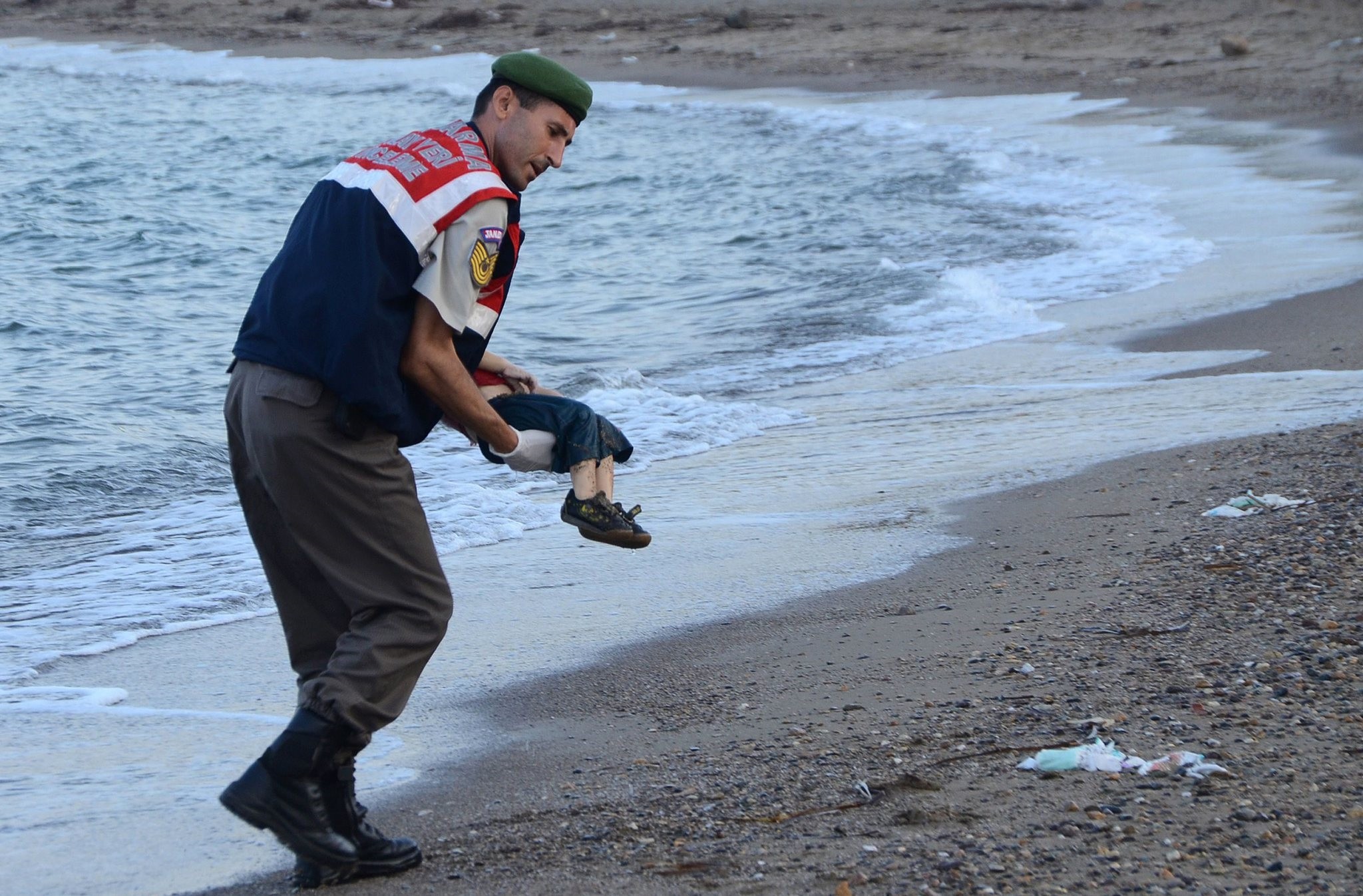 Three years have passed since 3-year-old Alan Kurdi's lifeless body washed ashore in western Turkey. A wake-up call to plight of migrants trying to reach Europe, the image of the little boy lying face down on a beach triggered a global response to what the West calls "a refugee crisis."

Europe and Turkey managed to reduce number of people risking their lives to cross into Europe via Aegean shores of Turkey but the crossings and deaths persist due to lack of a concrete solution to the issue. The number of migrants traveling the seas from Turkey to reach Europe dropped to 12,000 in 2016, down from hundreds of thousands in 2015. That number has also remained low, 16,617, so far this year. Likewise, deaths from sinking dinghies dropped to a few dozen from hundreds (63 this year off the Aegean and Mediterranean shores of Turkey).

Still, migrants are visible on Turkish coasts in the close proximity of Greece, the main gateway to Europe from Turkey, with the Turkish Coast Guard in hot pursuit. Tighter patrolling of the sea made it harder for migrants to attempt the dangerous sea crossing, though it has not deterred everyone from taking the risk every day along the vast coastline of western Turkey.

Twenty-nine migrants were intercepted yesterday alone off the coast of Didim, an Aegean town popular among migrants traveling to nearby Greek islands.

Alan Kurdi, whose mother and brother were also drowned when their boat capsized off the coast of Bodrum, was not the last child to fall victim to migrant tragedy as well. Last month, seven Iraqi children traveling with their parents from Kuşadası to a Greek island, were killed when their overcrowded boat capsized. In the past three years, countries in Europe, main destination for migrants (Syrians like Kurdi who flee the ongoing civil war, Iraqis fleeing violence, Afghans fleeing the Taliban threat and poverty et cetera.), failed on a consensus for a humanitarian response to the migrant influx. Instead, far-right gained momentum in countries receiving highest number of migrants, like Germany. Turkey, meanwhile, complains about insufficient aid to take care of refugees by Europe.

What would have happened if Kurdi had managed to get to Greece alive remains a question with a dire need for an answer as the situation of migrants in a camp in Greece showed. A recent BBC report on the Moria Refugee Camp in the Greek island of Lesbos shows children as young as 10 commit suicide due to appalling living conditions. Some 8,000 people stay in the camp which has a capacity of 2,000 people and is described as "the worst refugee camp on earth."