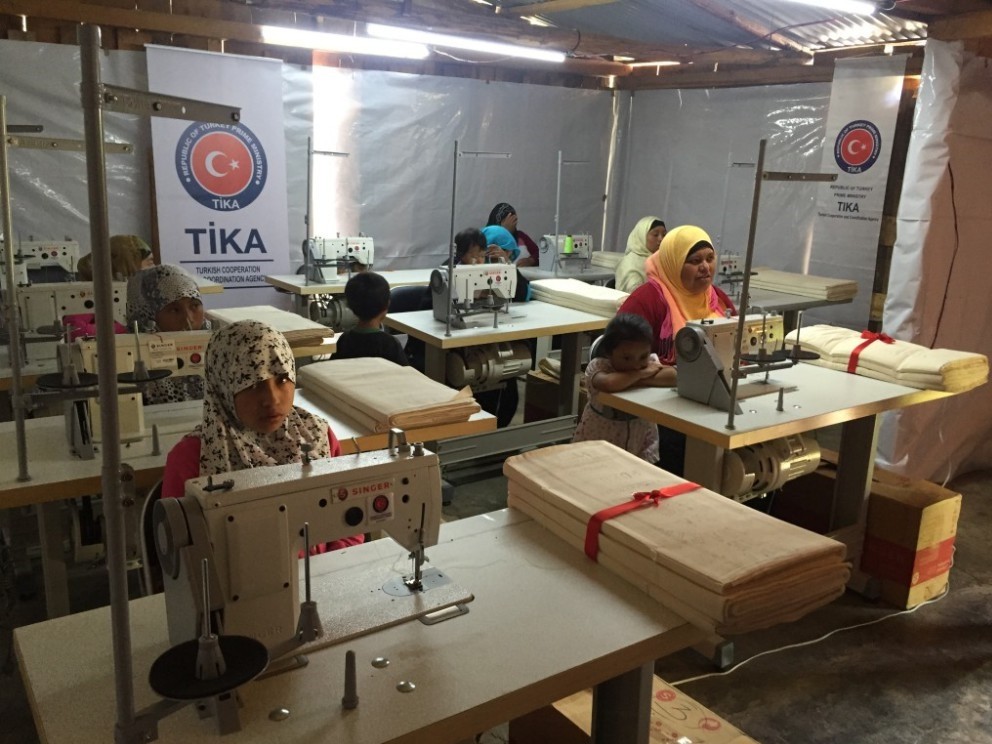 Tu0130KA set up a sewing workshop for indigenous Muslim women in Chiapas. The agency, also active elsewhere in Mexico, recently delivered humanitarian aid to Mexicans affected by a string of earthquakes.
by Daily Sabah Sep 11, 2018 12:00 am

Mexico's growing Native American Muslim community finds relief against poverty with support from the Turkish development aid agency, TİKA. The agency supplies livestock and sewing machines to the small community, which survives on livestock breeding and selling clothes they sew

In its bid to reach out to small Muslim communities all across the world, the state-run Turkish Cooperation and Coordination Agency (TİKA) offers aid to indigenous Muslims of Mexico. Their population is concentrated in rural parts of the state of Chiapas. Native Americans who mostly converted to Islam in the recent decades thrive on jobs with little income. Some sell clothes they sew to tourists while others depend on livestock breeding. Aid is scant as the region they live in is remote.

TİKA donated sewing machines and cows to the community and set up a sewing workshop for women. The agency also regularly delivers food aid during the Muslim month of fasting Ramadan and organizes iftar (fast-breaking) dinners for Muslims.

The mountainous area near San Cristobal de Las Casas is home to some 400 Muslims from Tzotzil, indigenous Mayan people whose population is concentrated in the highlands of Chiapas. Women sew traditional dresses to sell to tourists and sewing workshop set up by TİKA gives them support and extra income for each household in this poor community where mass conversions to Islam began in the 1980s. Most people are recent converts from Christianity and they are part of Mexico's larger Muslim community that numbers around 5,000 people, a minority in a country of 130 million people. 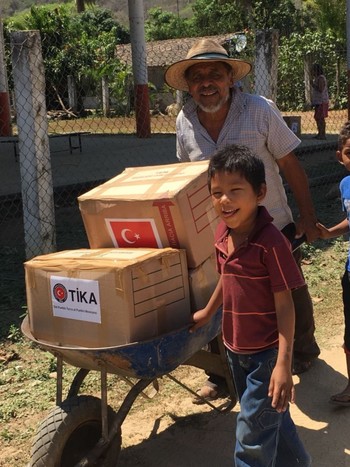 Previously a little-known state apparatus founded with the purpose of helping former Soviet republics after the collapse of the Soviet Union, TİKA rebranded itself in the past decade as a major source for Turkey's international clout by reaching out to people in need around the globe. In Mexico, its work focuses on disadvantaged indigenous communities.

Operating in the country since 2016, TİKA launched some 60 projects in this period and provided about $2 million in development aid. Most recently, it reached out to victims of three major earthquakes that rocked Mexico last year and this year. TİKA delivered humanitarian aid packages of food and hygiene kits to earthquake victims in three remote areas in Oaxaca, which was among the most affected areas of a 7.2-magnitude earthquake in February. It previously supplied ambulances and rescue vehicles to Mexican authorities to be used in emergencies.

Mexican President Enrique Pena Nieto sent a letter of gratitude to TİKA for sending aid to help cope with the string of earthquakes that have shaken the country since September 2017. In August, the Turkish agency started construction on a health center in the state of Oaxaca.

TİKA also opened libraries in schools in Chiapas and last summer and established two greenhouses that will provide food to 300,000 people a year in the Iztapalapa district of Mexico City.