Victims remember torture, deaths on the 38th anniversary of 1980 coup 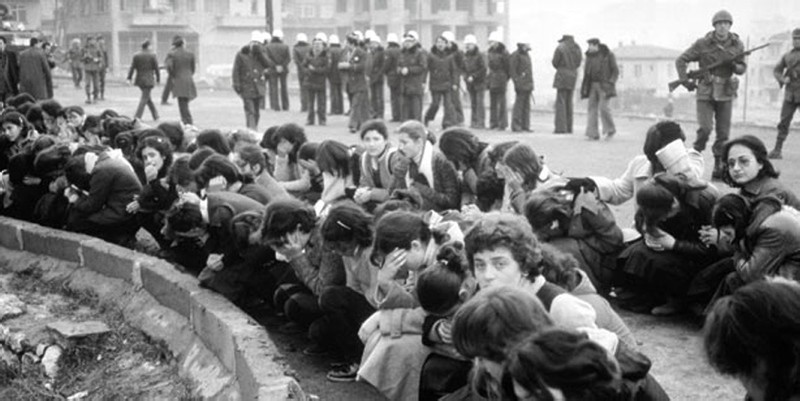 For a lot of people in Turkey, a country tainted by a string of military takeovers, the pain and memories of the 1980 coup linger on.

Sept. 12 marked the 38th anniversary of one of the worst coups in the country's history. The Turkish military seized power through "Operation Flag" that effectively shut down the government and Parliament. Political leadership bowed down to the military under the command of Gen. Kenan Evren and because of years of political turmoil and violence, the coup was even welcomed by some.

Yet, the military junta that only lasted for three years left a permanent mark on the country. For political activists subjected to torture and imprisonment, it is a time remembered with pain and trauma.

After a decade marked by violence between far-left and far-right groups and economic downturn, the military, self-styled guardians of the state, moved to topple the government that was already weakened due to political crises.

The era that began with the coup is known for gross human rights violations, the suspension of the political process and tens of thousands being detained and tortured. Several prisons, including one in Diyarbakır, became infamous for the systematic torture of inmates. Some 1.6 million people were blacklisted, 650,000 were detained and 230,000 were tried in courts. More than 500 people were sentenced to death, of which 124 were approved by the Supreme Military Court of Appeals. Fifty people, including juveniles, and mostly political prisoners, were executed while 300 people died in prisons due to torture.

Osman Tüfekçi, the deputy chairman of the Great Unity Party (BBP), was among those jailed on trumped-up charges. Tüfekçi was accused of the murder of a lawmaker after he was arrested by the junta. Despite a strong alibi and lack of evidence, he was convicted and sentenced to 29 years. He served 10 years in prison before release.

Tüfekçi, a politically active student at the time, was first brought to a police station in Istanbul's Gayrettepe district.

"I was held there for 37 days and in the first 22 days, I was tortured. They [the Police] were constantly cursing at me if they were not busy beating me. They used batons and sticks to hit the soles of my feet, hundreds of times. Then, they used to take me to the bathroom and I was ordered to walk barefoot there so my feet would not be swollen," he said in an interview with Anadolu Agency (AA).

Other times, he was subject to electric shocks.

"They connected cables to my genitalia, to my fingers. It was a horrible, great pain. You don't even know what to feel after a while. It was unbearable," he said.

"I was able to resist the pain for a time and the torture ended just when I thought I couldn't take it anymore and would accept the charges they forced me to admit," he added.

"We were viewed as terrorists. I thought I would be among the ones who were hanged [by the junta]," Tüfekçi said.

Ali Bakaner is another victim of the coup. A political activist, he was a natural target for the putschists who did not discriminate among left-wing or right-wing activists when it came to punishing whoever they viewed as a threat.

Bakaner was moved from prison to prison for his lengthy incarceration for 10 years.

"We were held in small wards and scarcely given meals. I used to wake up in the middle of the night with screams of people being tortured in the prison when I was first held. I was then taken to another prison in Bartın [northern Turkey] and was 'welcomed' by prison guards who would beat the new arrivals," he recalled.

"The coup hit Turkey badly and drove people to a mood of pessimism and led them to lose their self-confidence. People became asocial. They tried to [create] a soulless generation uninterested in politics. The coup took Turkey 50 years backward," Bakaner told AA.

Even after more than a decade, Turkey's response to the coup plotters was minimal. This led to the ongoing effect of the military in politics in the so-called "postmodern" coup of Feb. 28, 1997.

This lack of response came to an end on July 15, 2016, when crowds took to the streets to confront the perpetrators of another coup. A total of 250 people were killed by putschists linked to the Gülenist Terror Group (FETÖ) but the attempt was ultimately thwarted.

In 2010, on the 30th anniversary of Evren's takeover, the public voted in a referendum on a series of amendments to the Constitution, including lifting the coup leaders' immunity from prosecution. Human rights activists rushed to petition courts for Evren's prosecution the following day.

The trial against Evren and then Commander of Air Forces Tahsin Şahinkaya, the only surviving members of the junta, began in April 2012. Both men were too ill to attend but gave brief statements to the court through a video link system from their hospital beds. They were sentenced to life imprisonment and stripped of their ranks in a court decision in 2014. Both Evren and Şahinkaya died in 2015 while the appeal process was ongoing, leading to the cancellation of the cases with their verdicts not being applied.