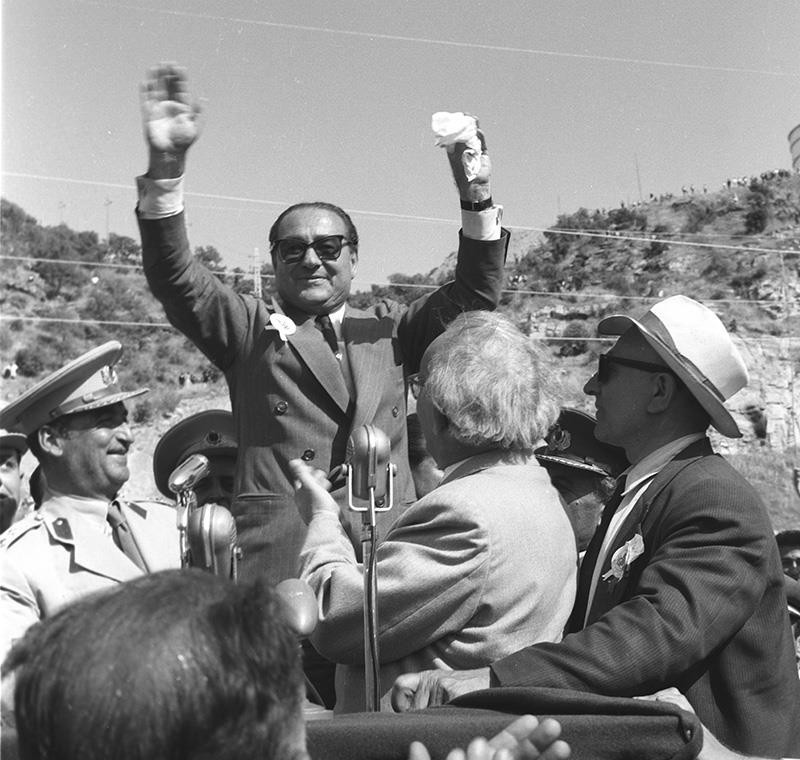 The 57th anniversary of former Prime Minister Adnan Menderes' execution, who remains a symbol of Turkey's democracy to this day, was commemorated at his mausoleum in Istanbul on Monday.

The memorial service for Menderes and his associates, Treasury and Finance Minister Hasan Polatkan and Foreign Affairs Minister Rüştü Zorlu, was organized by the Adnan Menderes Associations Federation (ADFED) and took place at Topkapı Mausoleum, accompanied by Quran readings and prayers.

Sadullah Fatih Kavaloğlu, founder and president of ADFED, said that they came together for his 57th anniversary to pay their respects for Menderes, who was hanged by a military junta on Sept. 17, 1961.

Kavaloğlu said that Menderes' legacy is still evident in every part of Turkey and that he had initiated a new era in politics during his time in power.

Menderes was also remembered in his hometown of Kocarlı in the Aegean province of Aydın.

Commemoration ceremonies were held in other Turkish provinces, including capital Ankara, southeastern Diyarbakır, Şırnak, and Batman, southern Adana, Mersin, and Hatay, as well as central Kayseri and northern Gümüşhane provinces.

Menderes was Turkey's ninth prime minister, who was executed following a bloody coup in 1960, which came to symbolize a dark period in Turkish history.

Under Menderes's leadership, the Democrat Party (DP) was deemed as the first democratically elected party in Turkey, winning the 1950 elections with more than 50 percent of votes.

On May 27, 1960, a group of 37 relatively low-ranking officers instigated a military coup to topple the DP government. Menderes was arrested along with all leading DP members. They were accused of violating the constitution as well as embezzling money from state funds and were put on trial by a military court on the island of Yassıada, which is seen as the symbol of the sorrows of Turkish democracy, located in the Sea of Marmara to the southeast of Istanbul.

On Sept. 17, 1961, Menderes, Polatkan and Zorlu were hung at the gallows after being declared guilty at the Yassıada trials for measures implemented by the DP government in the 1950s deemed contradictory with "Atatürk reforms" at their trial.

The 1960 military coup – plotted by military officers who deemed themselves as more appropriate "self-appointed guardians" of the Republic than democratıcally-elected politicians – led other radicals to plot military coups in 1971, 1980 and 1997.

Yassıada, the island where the trials took place, is undergoing major renovations as part of a "democracy island" project that was initiated by the government. President Erdoğan declared earlier this year of his intentions to implement the project which also includes building monuments to Menderes, Polatkan and Zorlu.