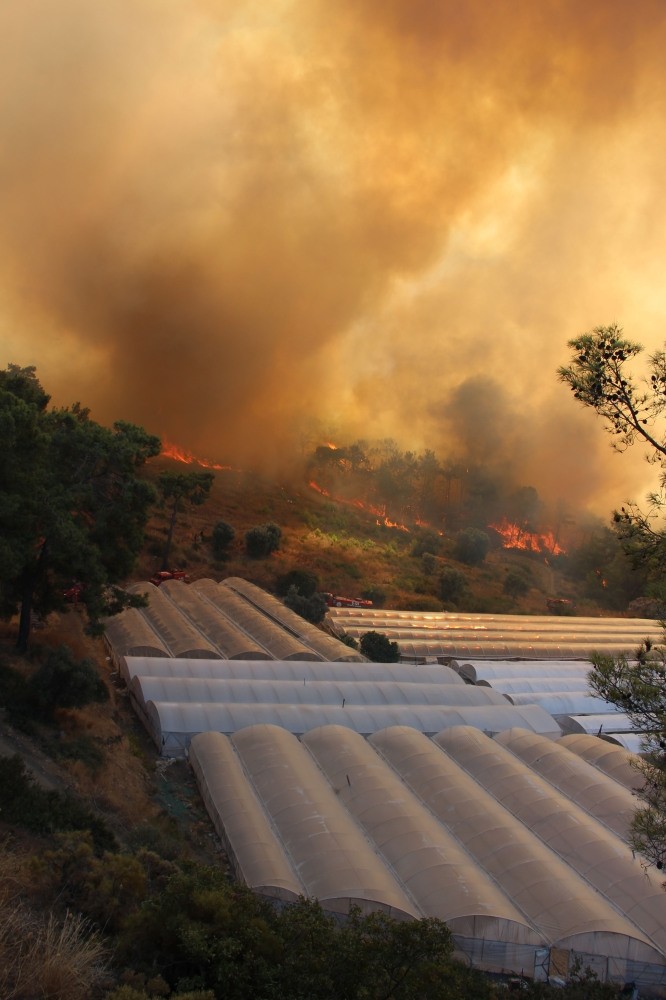 Strong winds have prevented fire fighters in Kumluca from stopping the spread of the forest fire.
by Daily Sabah Sep 18, 2018 12:00 am

Firefighters are working with forestry officials to extinguish a forest fire that began early yesterday in the coastal Kumluca region of the Mediterranean province of Antalya. Seven helicopters, four amphibious planes, 50 fire trucks, along with more than 300 forestry workers were deployed to tame the blaze.

Officials told the press that the cause of the fire was yet unknown. One advantage for firefighters is that the fire is very close to the sea and helicopters and planes can deliver water without wasting too much time.

However, strong winds are hampering their efforts. Reports said that the firemen are trying to plow a clearance through the red pine forest to stop the fire from spreading. Security forces are preventing civilians from approaching the fire and all houses in the vicinity have been evacuated, officials said. Reports say a high number of greenhouses used to produce vegetables and fruit have already been damaged.

Kumluca Mayor Yusuf Göven, speaking to İhlas news agency, said just when they thought the fire was under control, heavy winds pushed it toward a higher elevation. "There is some danger for houses in the forest. However, all have been evacuated. There are no injuries or deaths," he said.

The fire continues to affect a very wide area, said the mayor, adding that the efforts to bring it under control are continuing around the clock.