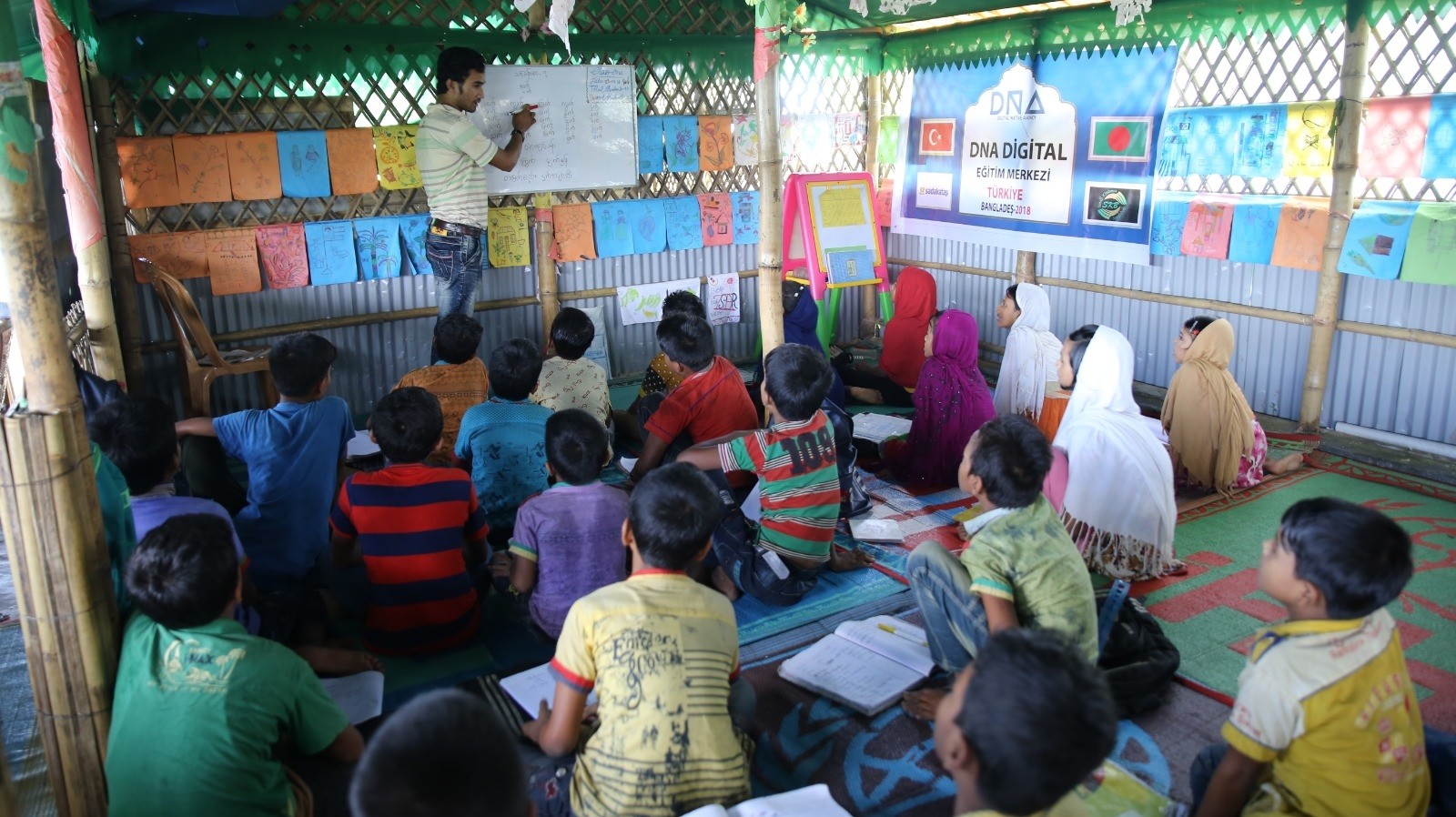 The education center at the Mainnerghona camp is the eighth school built by a Turkish charity for Rohingya children.
by Daily Sabah with AA
Sep 26, 2018 12:00 am

A Turkish aid agency has opened a learning center for children at a refugee camp in Bangladesh where Rohingya Muslims took shelter after fleeing Myanmar's Rakhine State. The Sadakataşı Foundation, an Istanbul-based nongovernmental organization, said it opened a "DNA Digital Education Center" at the Mainnerghona camp, which is currently hosting at least 22,000 Rohingya refugees. Two teachers will provide education at the learning center which was made from bamboo to withstand the hot, humid climate of the region.

Foundation head Kemal Özdal, drew attention to the overloaded refugee camps, saying that education is one of the biggest problems in the camps in Bangladesh. "We are happy to open our eighth school for Rohingya children," Özdal said.

Since Aug. 25, 2017, more than 24,000 Rohingya Muslims have been killed by Myanmar's state security forces, according to the Ontario International Development Agency (OIDA). According to Amnesty International, more than 750,000 Rohingya refugees, mostly women and children, fled Myanmar into Bangladesh after Myanmar forces launched a crackdown on the minority Muslim community. The Rohingya, described by the U.N. as the world's most persecuted people, have faced heightened fear of attack since dozens were killed in communal violence in 2012.