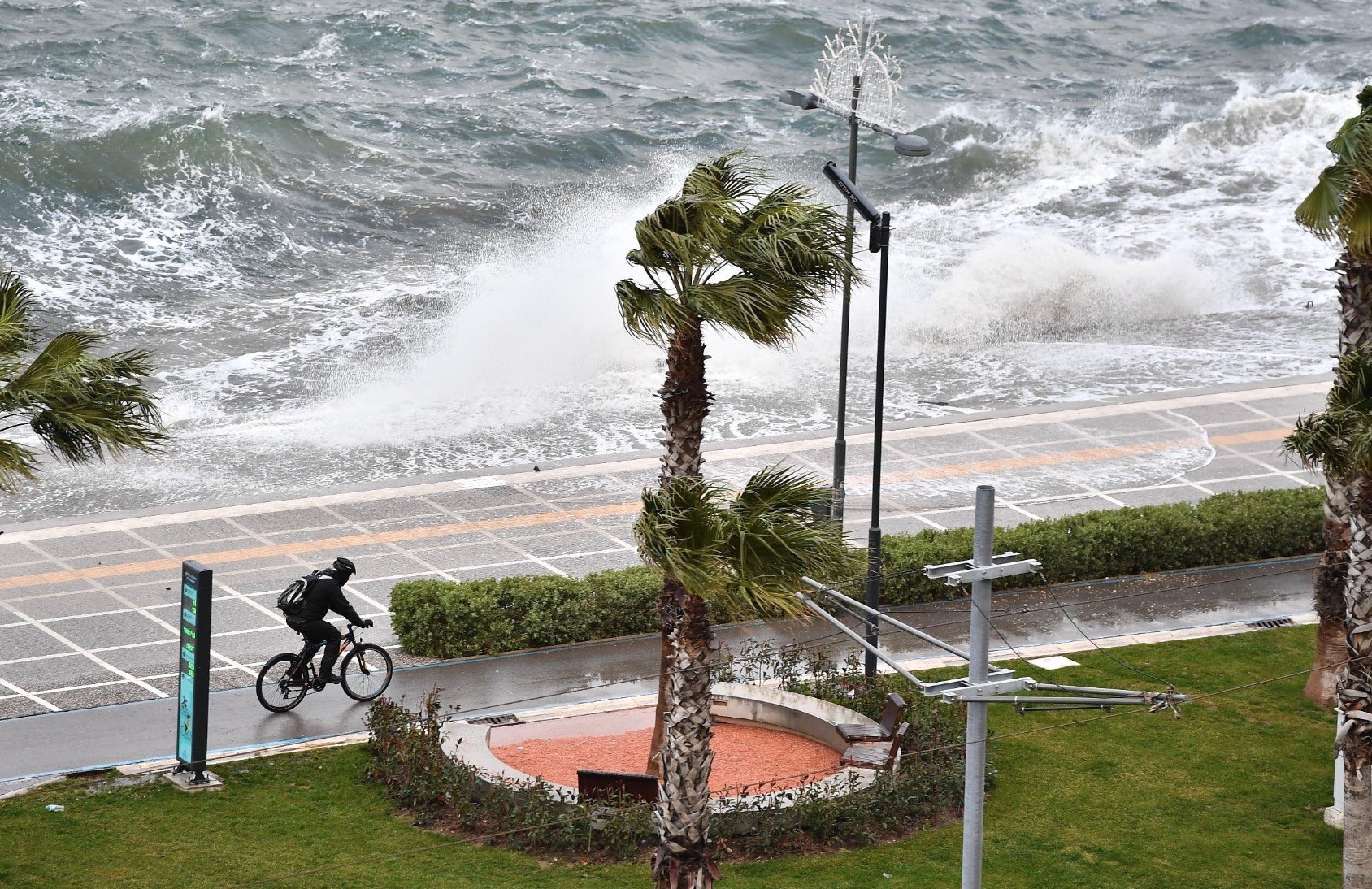 The storm that is affecting much of the Aegean Sea has weakened into a low pressure zone, but is still strong enough to cause strong winds and heavy rains in much of the western Turkey

The tropical storm wreaking havoc in Greece is moving toward the northern Aegean Sea in a weaker state, rather than striking southwestern Turkey, meteorological officials said yesterday. The Meteorology Department said it would bypass the southeast of the country, where some of the most popular tourism resorts are located, and move toward the north.

While the southwest will escape the ravages of the storm, there was still significant rainfall and heavy winds in much of the region.

The storm, meanwhile, affected the north Aegean and the southern Thrace region on the European side of Turkey.

The tropical storm was expected to hit Çanakkale on the Turkish mainland sometime last night or early this morning.

The Disaster and Emergency Management Authority (AFAD) issued a warning to all against possible flooding and cautioned against driving in storm-affected regions.

The Meteorological Department issued a statement yesterday afternoon saying that the storm had weakened into a low pressure area but was still causing strong winds and heavy rainfall. There were floods in the northwestern province of Sakarya and Istanbul's Beykoz region

yesterday. Between 50 to 75 kg per square meter along the Aegean coast, Çanakkale, Edirne and Istanbul rain was expected until yesterday night, with rains continuing until tonight. Strong winds will also be seen across the west of the country throughout today.

According to reports by The Associated Press, the storm hit the Greek capital Athens late on Saturday, while civil protection services remained on alert across most of the country despite word that the turbulent weather had lost force as it moved east.

In Athens, roads were flooded and traffic was disrupted near the city center, as well as in coastal suburbs south of the city. The fire service said it has fielded over a hundred calls for flooded homes and to remove fallen trees.

Earlier Saturday, winds of up to 90 kph (55 mph) were reported as the storm moved past the southwestern tip of the Peloponnese. It then lashed the northeastern part of the peninsula on its way to Athens.

People were evacuated from the eastern Peloponnese seaside village of Nea Kios, which was partly flooded and without electricity. Elsewhere in the Peloponnese region, rivers overflowed and some damage has been reported.

The fire service reported that calls had come in from towns near the city of Corinth requesting help rescuing people from cars trapped in flooded streets and evacuating residents from homes.

The powerful storm, which was being called Zorba locally, was expected to move toward islands in the Aegean Sea and along Turkey's coast. All ferry service from mainland ports near Athens was cancelled.

On the island of Lesbos, authorities have requested buses to be ready to move refugees from the overcrowded Moria camp, especially those living in tents, as the storm was expected to reach the island Sunday morning. A last-minute effort was being made to find ways to house the refugees moved from the camp.

Police said traffic on the main highway between Athens and the Peloponnese was closed some 54 kilometers (34 miles) west of the capital due to flooding.