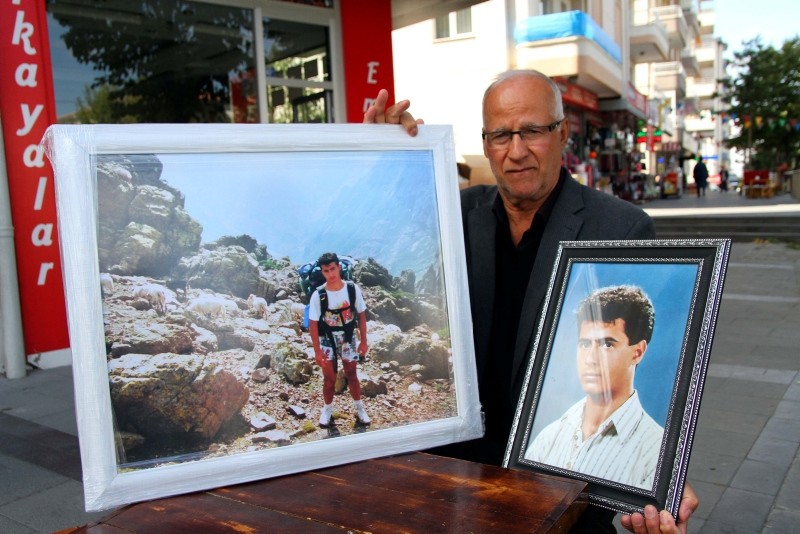 The remains of a Turkish hiker who went missing in the French Alps in 1992 were revealed by melting glaciers 26 years later.

Born in central Turkey's Kayseri province in 1971, Hasan Tarım was living with his family in Germany when he decided to go on a hiking trip to the famous mountains with his six friends.

According to Hasan's father, Yusuf Tarım, local authorities had issued weather advisories, warning hikers against storms but the group had decided to go anyway.

Yusuf said Hasan's remains were found by hikers last year after the glaciers started to melt, who then alerted the authorities.

Due to an address change, authorities were not able to contact the Tarım family for a year.

After getting in touch with the family, a DNA test proved the remains belonged to Hasan and they were delivered to the family on Thursday.

"We always hoped he would show up one day. We are very sad but at the same time very happy that we have finally found his remains," Yusuf said.

Hasan's remains will be buried after a funeral ceremony to be held on Saturday.

Receding snow and ice in the Alps have previously revealed the bones of other people who had been missing for years, including two extraordinary incidents last year.

In August of 2017, the remains of a German hiker who vanished 30 years ago while climbing the Lagginhorn mountain in southern Switzerland were found embedded in a glacier.

That discovery came just two days after a Swiss couple who disappeared while walking in the Alps in 1942 were found in a receding glacier.