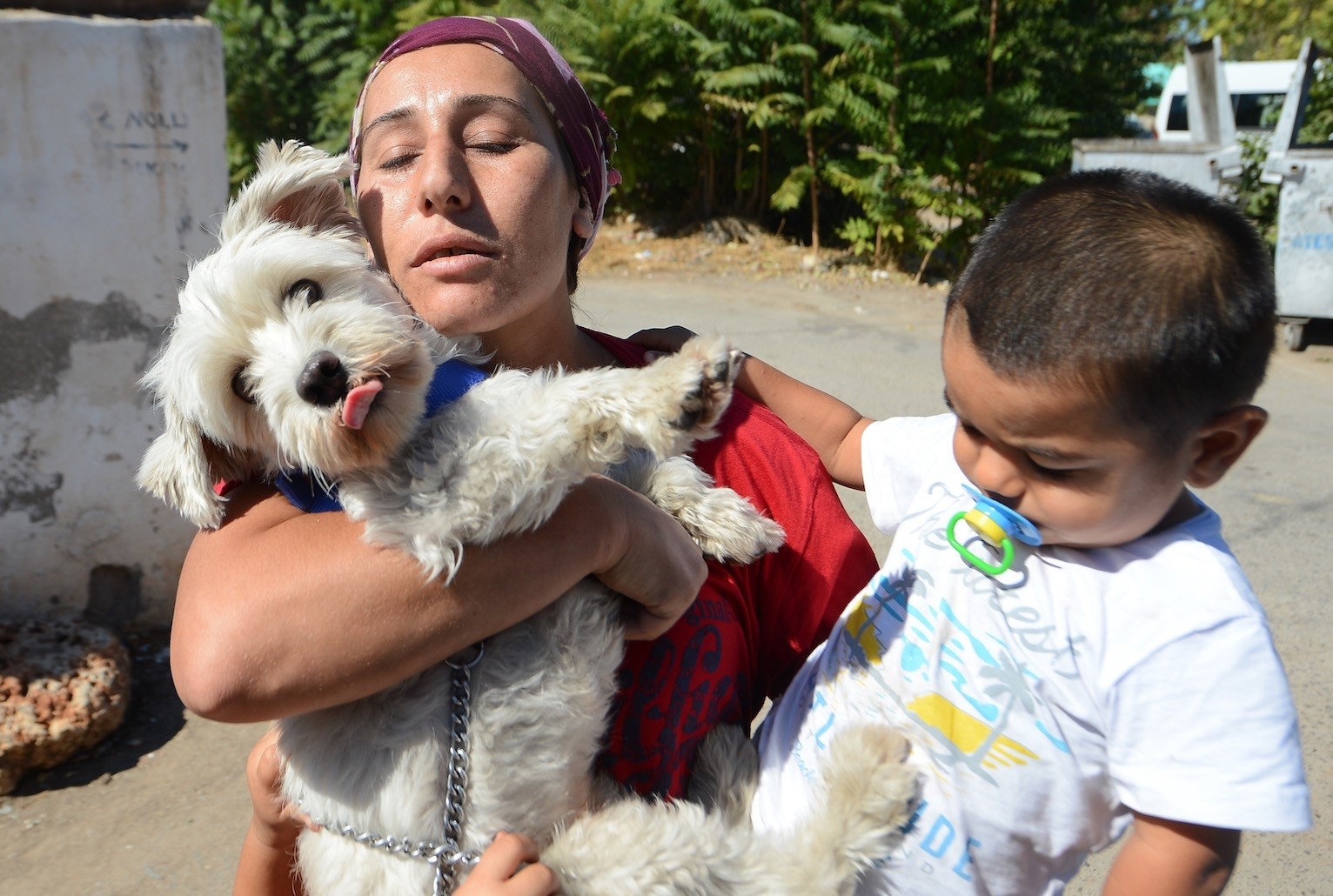 Family dog Cesur - meaning "brave" in Turkish - lived up to its name when he woke up a family in a burning house in southern Turkey's Anatolia on Oct. 4.

Türkan Gümüş, who was asleep with her three children at the time of the fire, says her dog is now her "fourth kid." "He was already very close to us but I hug him more tightly," she said. Gümüş and her three children at the ages of five, four and two, were asleep in their home in Kepez, a district of Antalya province when a cell phone charger in the house caught fire. The family dog, Cesur, however, barked wildly and woke up the four. The dog that has been dubbed as a "hero" by the Turkish media then ran outside to a nearby coffeehouse, trying to alert the people there about the house fire. The Gümüş family lost their house in the fire but is grateful to the dog for keeping them alive. "I woke up when he barked and jumped, trying to wake me up. I saw flames everywhere. The door was open and he could leave but Cesur did not. He was barking at us repeatedly, like, telling us to 'get out,'" Gümüş recounts.

"He is a real hero and from now on, he is my fourth child. I will never leave him and always care for him," she told Anadolu Agency (AA). She said that the story of Cesur saving their lives have also helped them cover their losses. "I have received phone calls from many people. They offered us furniture and food. I thank everyone. I will have the house cleared first and then restored. I was a single mother trying to make a living for my children. But the Turkish nation has made me feel that I am not alone," Gümüş says.