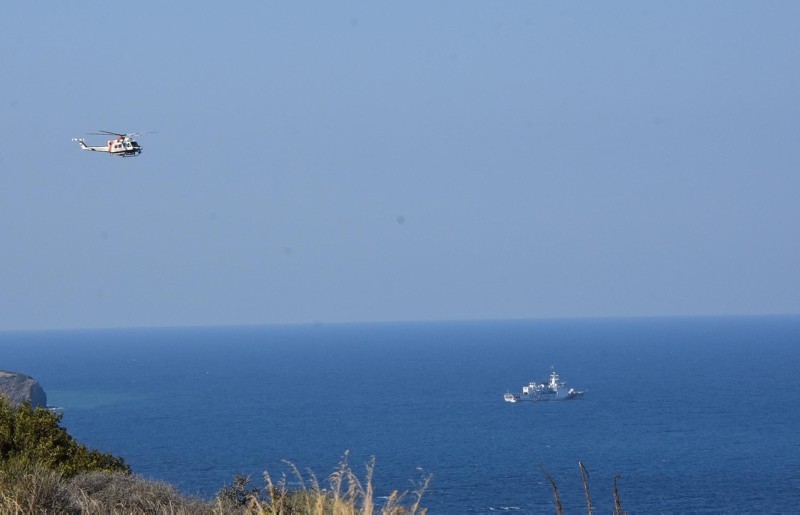 The bodies of eight illegal migrants were found yesterday after their boat capsized off Karaburun, a district of Izmir province, which lies on Turkey's Aegean coast.

Mihabat Ismael Ali, a 30-year-old Iraqi woman, was apparently the sole survivor of the disaster. This was the latest in a string of tragedies that have claimed the lives of hundreds of migrants seeking to reach Greece from the Turkish coast.

Ali, who said she managed to stay afloat for 28 hours in a life jacket, said she was traveling with her husband and children who were among the missing.

The Turkish Coast Guard announced that the search was underway to find 25 others who were traveling with Ali. Their nationalities were not immediately available.

Six bodies were found washed ashore while two other corpses were found at sea. Turkish Coast Guard boats, a plane and a helicopter were searching the area for survivors when Daily Sabah went to print.

However, chances are looking dim for the missing migrants, as the surviving woman said they departed the shore on the evening of Oct. 8.

Ali told police they left Iraq for Istanbul on Oct. 5 with their five children and boarded a boat with other illegal migrants.

"Me and my children had life jackets but my husband didn't have one. I couldn't see my children when the boat sank. My husband stayed afloat until Tuesday afternoon but he was then taken away by waves," she said.

Forty-six people died this year in the Aegean Sea when migrant boats sank and another 32 were killed in 2017.

Connecting Asia to Europe, Turkey is no stranger to a continuous flow of migrants. The influx of illegal migrants, however, rose considerably in recent years due to the war in neighboring Syria, other conflicts around the world and poverty affecting underdeveloped countries.

Turkey's seas, particularly the Aegean in the west, saw a large influx recently with more migrants boarding dinghies to reach Europe. They travel in overcrowded and unsafe boats to reach Greek islands scattered across the Aegean and only a few kilometers away from Turkish shores.

Deaths are common in crossings as many migrants, despite paying thousands of dollars to smugglers, are forced to travel in rubber boats. Though the boats are good for short journeys, they often operate way above their holding capacity, and more often than not, smugglers leave the steering to the migrants, inexperienced in navigating a crowded boat, and are forced to travel in bad weather, especially in winter.

Europe remains the closest chance for many to have a chance at a better life, although far-right movements in European Union countries have gained momentum in mainstream politics and measures to stop the migrant flow have increasingly tightened.

In March 2016, the EU and Turkey reached an agreement to stop irregular migration through the Aegean Sea, and improve the conditions of more than three million Syrian refugees in Turkey.

An exchange program that would return migrants that previously entered Europe to Turkey and settle Syrian refugees in EU countries failed to curb the migrant flow, as the high number of illegal migrants intercepted by Turkey indicates.