Turkey sets up 250 tents for quake victims in Indonesia 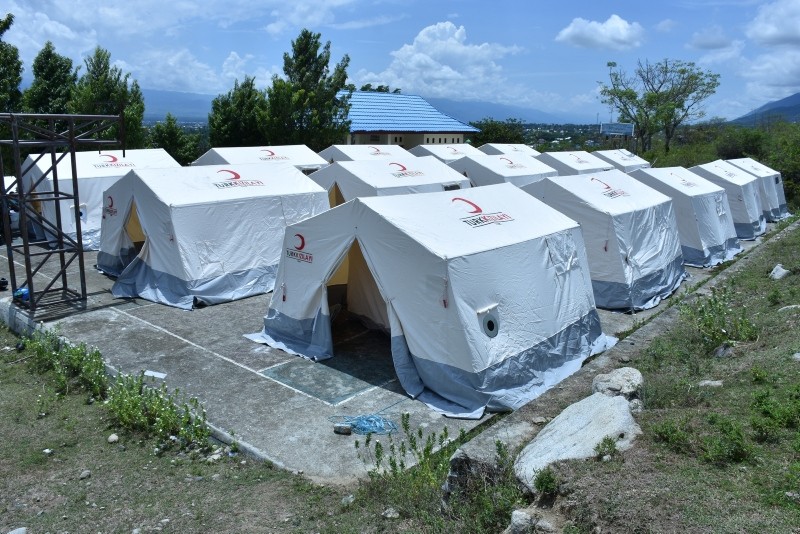 Turkey set up a total of 250 tents in Indonesia for the victims of the earthquake and tsunami that struck Sulawesi Island which claimed more than 2,000 lives.

Representatives of the Turkish Red Crescent, and Indonesian Red Cross, as well as army personnel, set up the tents in Palu.

A total of 1,000 sleeping bags will also be distributed to the victims.

Last month, a 7.4-magnitude earthquake struck Sulawesi Island, which triggered a tsunami in the cities of Donggala and Palu that towered up to 10 feet (3 meters) high.

Earlier this month, Turkey has mobilized to help rescue and recovery efforts in Indonesia as desperation has grown after an earthquake and tsunami hit the country, leaving hungry residents grabbing food from damaged stores and begging the government for help.

A Turkish aid group said that it has reached 2,000 earthquake and tsunami victims in disaster-stricken areas of Indonesia.

The Istanbul-based Humanitarian Relief Foundation (IHH) was the first aid agency to respond to the emergency from Turkey, the group said in a statement. The foundation had sent a five-person team as soon as the devastating earthquake struck and launched a fundraising campaign for the quake victims. IHH teams have delivered food and shelter provisions to 2,000 people so far.