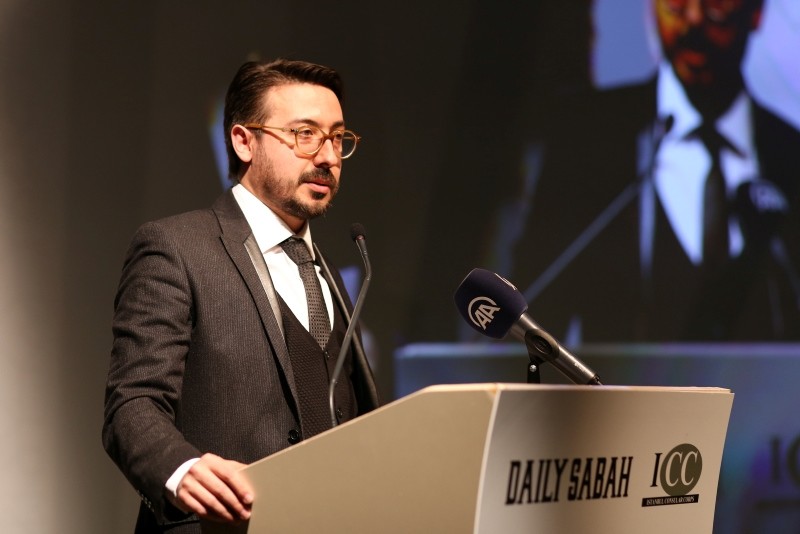 One of the leading journalists on Turkey's global diplomacy and a graduate in media studies from New York's New School University, Serdar Karagöz is the founder of Daily Sabah and has been the editor-in-chief since its launch in February 2014.

Karagöz will now transition into the role of overseeing TRT World and TRT Arabic.

After finishing high school in 1999, Karagöz began studying for a bachelor's degree in political science at Istanbul Bilgi University.

After graduating in 2004, Karagöz began his career working as a consultant for various European Union projects in Turkey. He worked at several EU projects as a coordinator, general secretary and executive during this time.

Karagöz returned to Bilgi University in 2007 to begin his first Master of Arts degree in human rights law.

He joined Turkuvaz Media Group in 2008 as a management trainee.

In 2009, Karagöz began studying for his second Master of Arts degree in media studies at New School University in New York.

After working 16 months as a part-time marketing researcher in the NYT's syndicate department, Karagöz returned to Turkuvaz Media Group.

Karagöz became U.S. correspondent for Turkuvaz's A Haber news channel in 2012. During his time as a correspondent, he also wrote columns on U.S. politics for Sabah newspaper.

Karagöz returned to Turkey in 2013 to work as director of foreign news at Sabah newspaper and began laying the foundations of Daily Sabah.

In February 2014, Karagöz launched Daily Sabah and became the editor-in-chief of the newspaper.

To take Daily Sabah to the next level, Karagöz expanded the daily's website to three more languages: German, Arabic and Russian.

TRT World is an Istanbul-based English-language international news channel that provides news and information on current events through its 24-hour broadcast. TRT Arabic is the firm's new Arabic-language broadcast targeting audiences in Turkey and the Middle East with various programming from news to soap operas.

We at Daily Sabah congratulate Mr. Karagöz and wish him the very best in his new position.