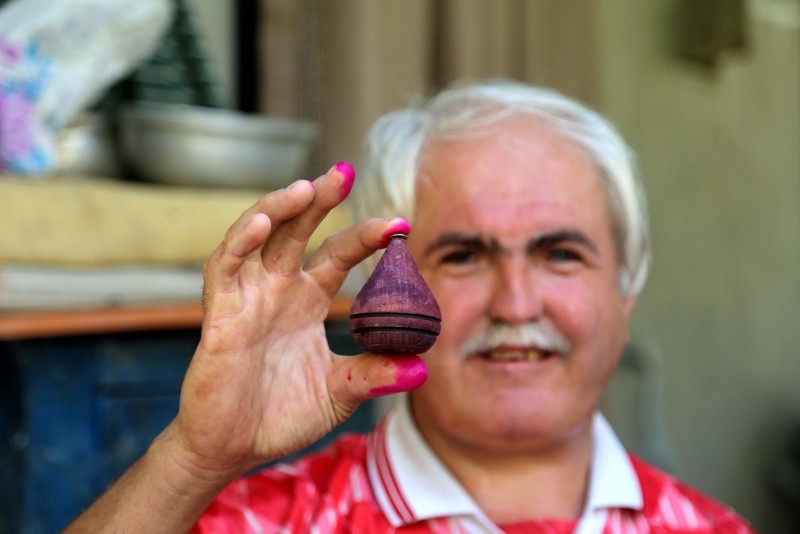 Leaving his village for the first time in more than a decade, a Turkish carpenter is traveling hundreds of kilometers to deliver handmade toys to children in northern Syria.

Mustafa Alt, who lives in the village of Çayyaka in Turkey's Black Sea province of Kastamonu, will deliver more than 1,000 handmade wooden peg tops to children living in Afrin.

"I couldn't sit comfortably here while our neighbors [in Syria] were facing persecution and oppression," Alt told Anadolu Agency (AA).

He said he decided to start making the toys after seeing a crying Syrian child on television.

Alt will be taken to Afrin to personally deliver his toys by the Humanitarian Relief Foundation (IHH), an Istanbul-based NGO.

The foundation offered to take Alt there in recognition of his love for children, a local official for the organization said.

"I was deeply moved by their crying and their sadness. I haven't left my village in 15 years. Now I'm leaving to see the laughter of the children of Afrin," said Alt.