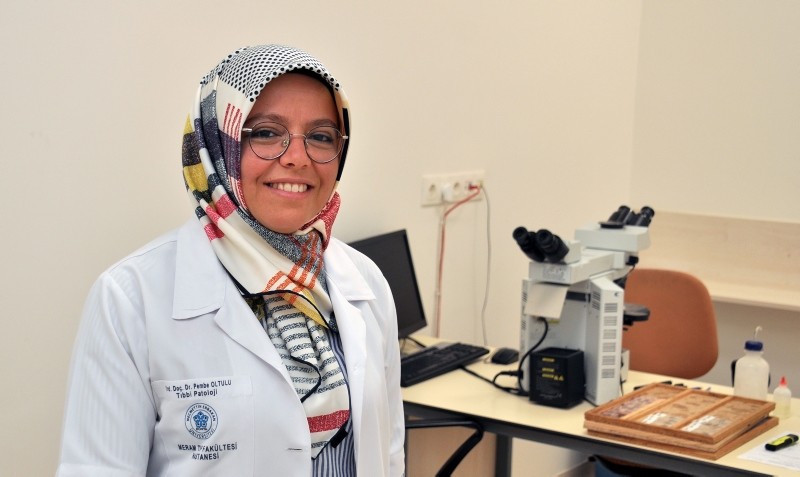 A pathology professor from Turkey's central Konya province was listed among the top 100 pathologists in the world by U.K.-based magazine, "The Pathologist."

Pembe Oltulu, a pathology professor at central Konya's Necmettin Erbakan University, is listed among the "inspirational and influential professionals in laboratory medicine" by the magazine in the latest issue.

"Her interests revolve around dermatopathology, hematopathology, and education and training through social media," the magazine said in the Power List 2018.

"Pembe was nominated by her peers for being a role model for the pathology community, sharing insightful educational content online and welcoming newcomers to the field," it added.

Speaking to the Anadolu Agency, Oltulu said she and her friends across the world try to contribute to the pathology education over the last five years through social media platforms like Twitter and Facebook.

"I joined the social media platforms in my field and saw that internationally renowned professors were sharing their experiences and information online," Oltulu said.

"I immediately started to share my knowledge. Lots of scientists in Turkey are following these kinds of studies."

On her place in the magazine, Oltulu said: "I am very proud to be in this kind of a list. It is indescribable for me."

The Turkish scientist received congratulation calls for her success from Turkey and abroad, Oltulu said.