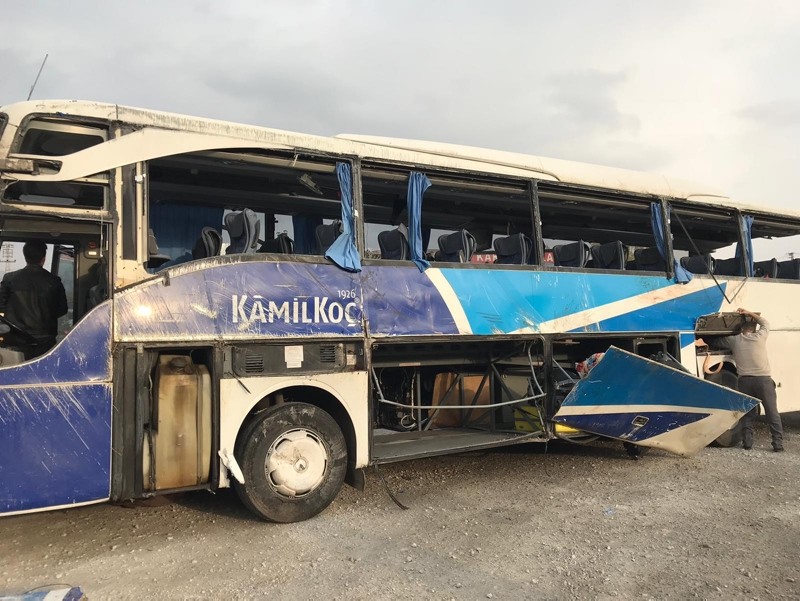 Seven people were killed and another 24 injured early Wednesday when the driver of a passenger bus lost control and crashed in the southern city of Kahramanmaraş.

The passenger bus belonging to the Kamil Koç company crashed on the road between Kahramanmaraş and Kayseri in Göksun district.

Rescue and emergency teams were dispatched to the crash site immediately.

Seven passengers lost their lives at the scene of the accident and the wounded were rushed to nearby hospitals.