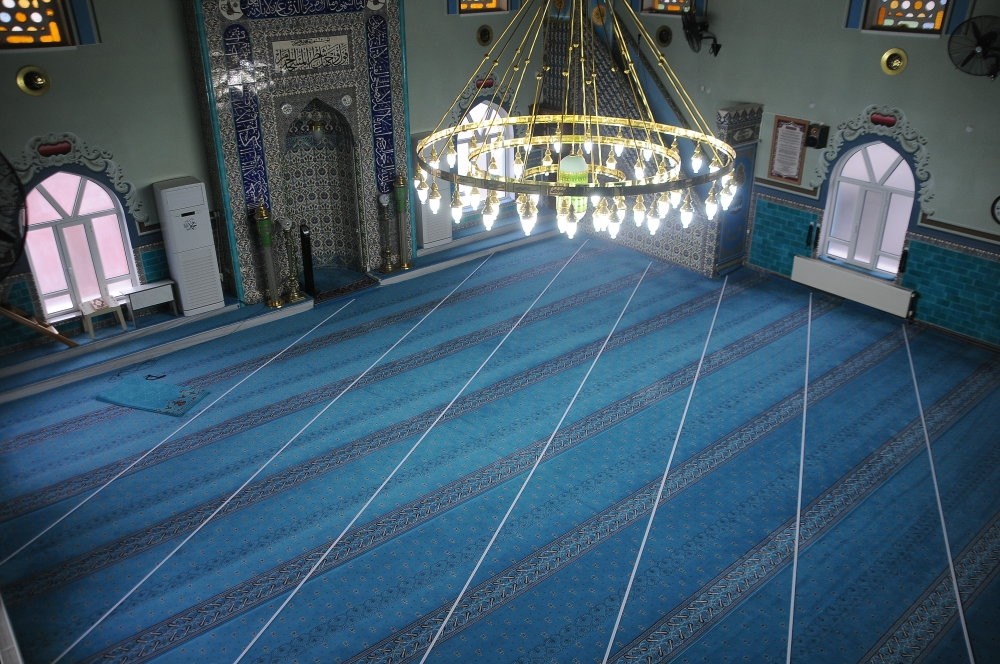 It took authorities 37 years to correct a misaligned mosque in the northwestern province of Yalova, which was not pointed exactly toward Mecca as it should have been.

As Muslims need to perform their daily prayers toward Mecca, all mosques need to face the direction of the holy city. However, the Sugören Village Merkez Mosque's qibla, which should point to Mecca, had missed the mark by as much as 33 degrees. The head of the mosque's community association, Adem Apaydın, said they had noticed the misalignment some time ago and had decided together with the imam to get the proper measurements.

Officials from the Yalova Provincial Mufti's Office had arrived before surveyors came and found out that the degree of misalignment was serious indeed.

"The local mufti and the village head decided to rectify the mistake immediately and we redirected our qibla 33 degrees to the southeast by using ropes on the carpets." He said the process of realigning the entire interior of the mosque would take time. An architect will be assigned the task of redesigning the interior. The mosque's imam, İsa Kaya, said all relevant officials and agencies were consulted before the qibla was changed, adding that the provincial deputy mufti had personally came and delivered a Friday sermon to inform the locals about the change.

In Islam, unintentionally committing banned acts like consuming pork or alcohol are not considered sins. Theologians say prayers performed by the congregation of the mosque for the past 37 years are as valid as those performed in properly aligned houses of worship.