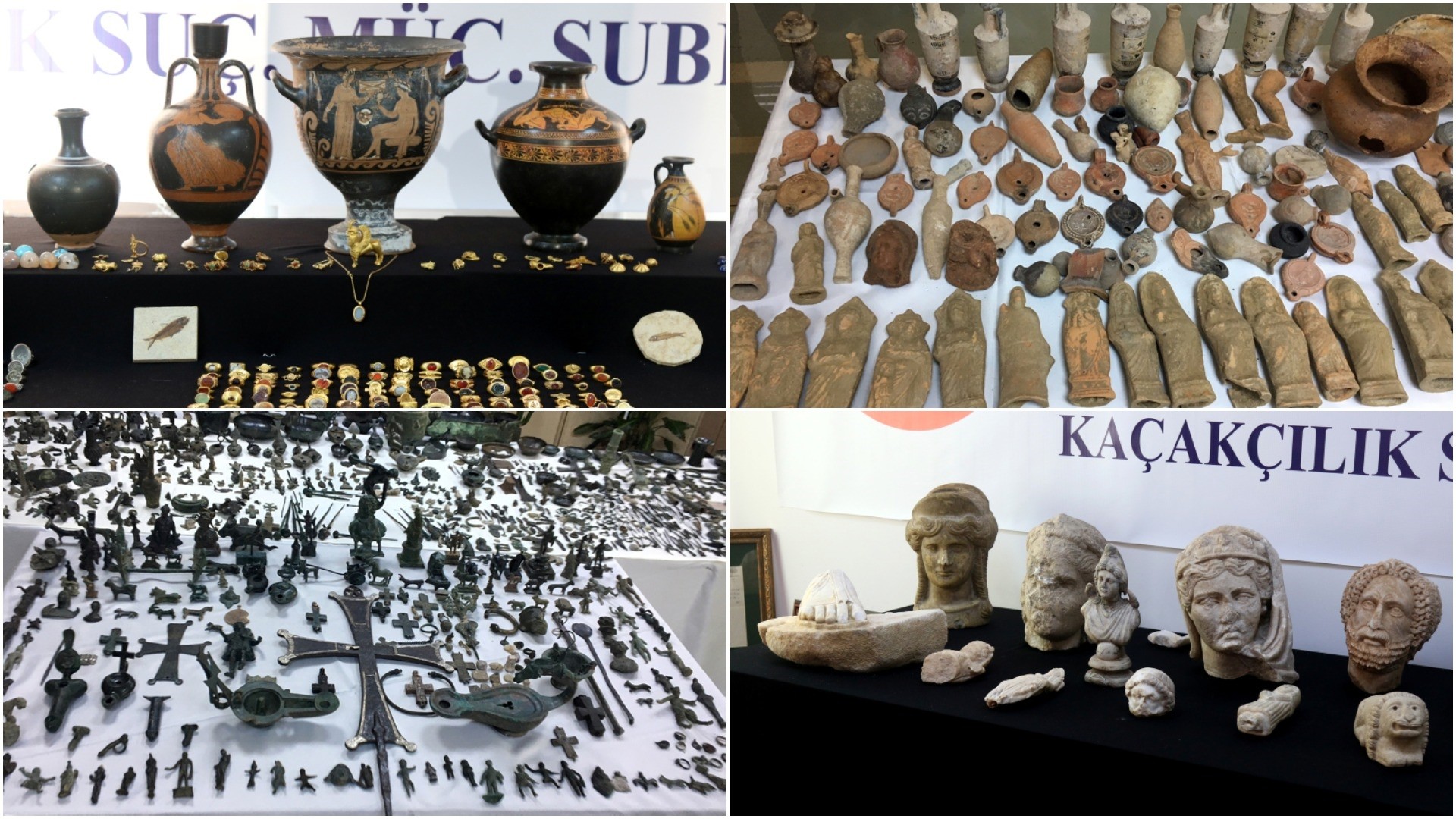 The Istanbul Police Department's Anti-Smuggling Crime Branch teams carried out the biggest seizure of historical artifacts in the history of the republic, with raids across 12 Turkish provinces, recovering 14,000 historical pieces and bags full of foreign currency as well as Turkish lira.

The operation was carried out on Oct. 11 in the provinces of Istanbul, Afyonkarahisar, Antalya, Muğla, Kırklareli, Gaziantep, Bartın, Niğde, Nevşehir, Bursa, Aksaray and Konya.

Twenty-seven suspects were taken into custody, eight of whom were referred to the court and arrested. Thirteen were put under judiciary authority and six were released pending trial.

Fish fossils dating back 15 million years and stone axes of the Neolithic period were also among the cache.