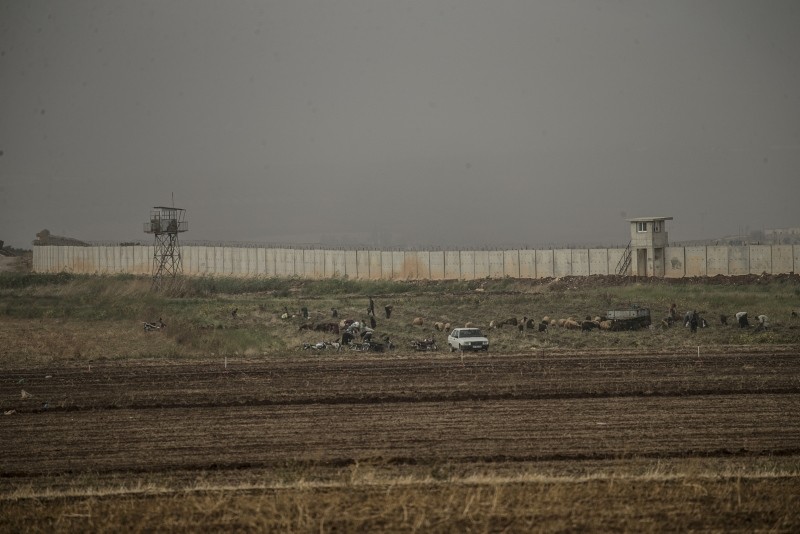 Irregular migration of 430,000 people in 2018 have been prevented as a result of Turkey's improved security measures, according to security sources.

Apart from the 2.5-meter-high security wall -- 90 percent of which has been completed -- along the border, technological devices, such as thermal cameras, lighting and motion sensor systems, drones and surveillance cameras also help prevent irregular migration.

In first nine months of 2018, the border guards held around 200,000 Syrians crossing to Turkey and referred them to the gendarmerie forces for required processes, said the sources who asked not to be named due to restrictions on speaking to the media.

During the security investigations, nearly 100 of the migrants, who were found to have links to terror groups or that were involved in criminal activities, were also referred to judicial authorities.

State of the art vehicles produced by domestic and national facilities, such as underground and surface motion detector systems, as well as cameras allowing sight even in foggy weather, made a great contribution to the prevention of irregular migration.

Acoustic detectors installed underground strengthened the mobility of security forces by detecting border violations and possible tunnel digging activities along with movements of human and vehicles.