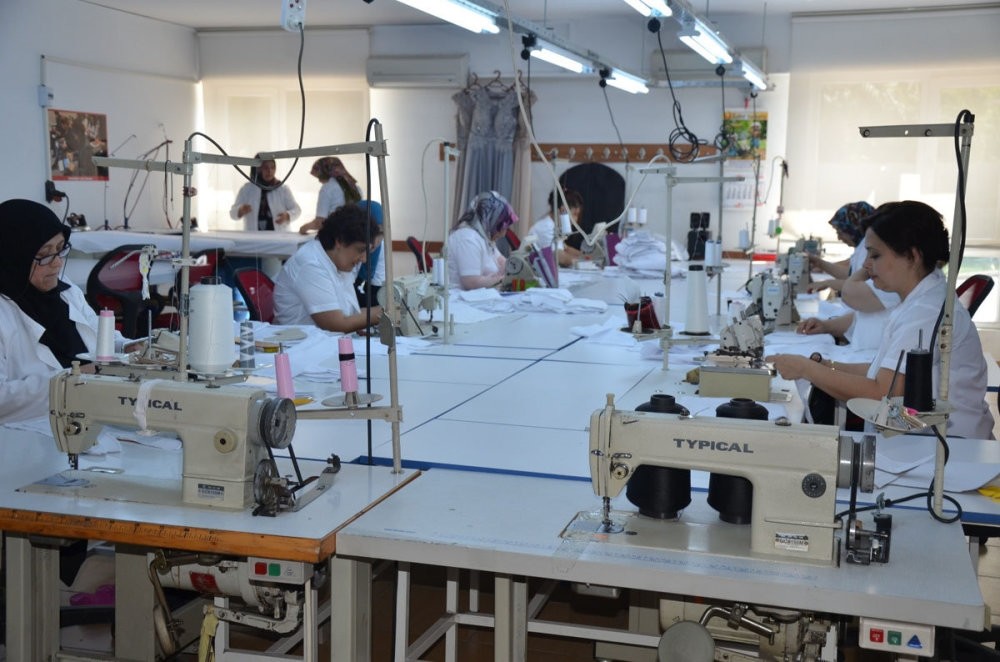 In recent years, the government rolled out a series of incentives for working women, from longer maternity leaves to financial support for daycare needs, as well as payments to grandparents caring for their grandchildren who have working parents.
by Daily Sabah with AA Nov 01, 2018 12:00 am

Amid a set of incentives by the government, women now make up 34.7 percent of Turkey's workforce, a significant rise compared to European countries

Striving to break male domination in the country's workforce, Turkey has managed to significantly boost its women's employment rate. Cafer Uzunkaya, the head of the state-run Turkish Employment Agency (İŞKUR) said the rate now stands at 34.7 percent, a substantial increase compared to figures more than a decade ago. The increase is partly the result of incentives by the government for working women, especially mothers who often choose caring for their children over full-time jobs.

Uzunkaya says the rise is far higher than the increase in women's participation in the workforce in European countries and they aim to have more working women.

"Women's employment is one of the areas we are most successful at as an agency. We endorse employers with incentives through our funds to boost employment," he said.

Gender equality and affirmative action for women are high on the agenda of the government. In his party's manifesto ahead of the June 24 elections, President Recep Tayyip Erdoğan pledged to end "every tradition of the age of ignorance targeting women."

The Ministry of Family and Social Justice already works to empower women with projects to improve gender equality for women, which have lagged behind men in every field, courtesy of a patriarchal mindset.

In recent years, the government rolled out a series of incentives for working women, from longer maternity leaves to financial support for daycare needs, as well as payments to grandparents caring for their grandchildren with working parents.

The government set the bar higher to increase the employment rate to at least 41 percent in the near future and decrease illegal labor by women to at least 30 percent. As for female entrepreneurs, the government plans to extend loans to more women willing to set up their own business. Women are already provided up to TL 50,000 ($11,588) for loans.

Uzunkaya said İŞKUR managed to raise the number of women who found jobs through the agency this year and provided "efficient incentives" to enroll more women in jobs in industry and production.

Traditionally, the number of women in the agriculture sector has been higher in Turkey in parallel with female employment in rural parts of the country where both men and women have to work for the household, unlike the "housewife" concept more common in cities.

However, figures of the past 10 years show a drop in women employed in the agricultural sector and a shift to the service sector. Experts tie it to migration from rural regions to cities where women usually find low-paying jobs in the service sector to support their families.

Through the "Mother at Work" project, the agency also helps women to adapt to a work environment with vocational training. Women attending vocational training are given a daily allowance and cash to cover nursery care costs of their children during the training period. The project also covers training programs and guidance for women running or planning to establish cooperatives for business purposes.

Uzunkaya said they also extended the period of incentives given to employers, which prioritize employment of women, youth and the disabled, to 18 months.