From malls to schools in Turkey, zero waste to be mandatory under draft bill 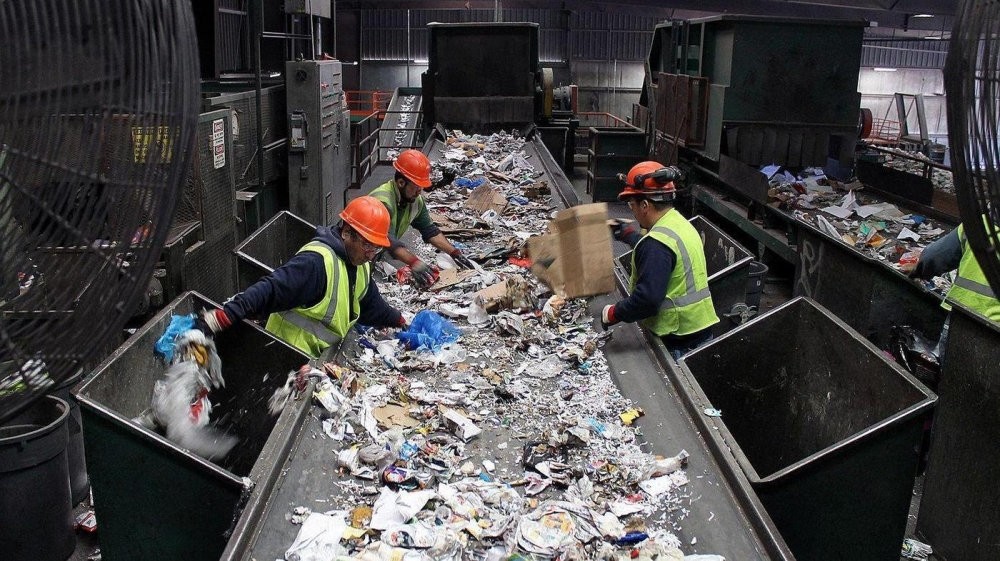 A draft bill aims to raise the bar higher in Turkey's fight against waste, making it mandatory for malls, schools and workplaces to comply with a zero waste policy for recycling

The Ministry of Environment and Urbanization tabled a draft bill that aims to make zero waste policy an inseparable part of daily life in the country.

Under the bill that comes at the heels of a campaign to reduce waste, municipalities, bus stations, shopping malls, public institutions, workplaces, schools, hotels and hospitals will be obliged to adapt to the zero waste innovative. If approved by Parliament, the regulations will come into force next year. Municipalities will also be tasked with supervising the zero waste work.

Turkey, late to the recycling trend and efficient waste management except in big cities, strives to end landfills whose number has considerably decreased in recent years.

First lady Emine Erdoğan launched a zero waste campaign last year to save everything from paper to discarded metals for future use or for recycling. The campaign first started at the Beştepe Presidential Complex in the capital Ankara and soon spread to other public institutions, including ministries as well as to private enterprises such as restaurants.

Turkey's recycling drive saved more than 30 million trees between 2017 and 2018 and more than 1.7 million tons of waste paper and cartons were recycled last year and in the first three months of 2018.

Under the draft bill, every business or public institution will be required to receive a zero waste certificate that will evaluate how they comply with the new policies. The bill also makes it mandatory for municipalities to set up facilities for collection of waste separated at its source.

For large cities, garbage disposal units to be used for storage of recyclable materials that will be deployed at every 400 meters and mobile units will be placed in neighborhoods to pick up recyclable waste. Municipalities will also be required to inform the public on how to separate recyclable waste and where to dump it.

Speaking to Anadolu Agency, Environment and Urbanization Minister Murat Kurum said that Turkey has come a long way in adapting to zero waste and has achieved gains. He said that the new regulations aim to make the project a nationwide concept. "Municipalities have a big task in spreading the practice and we will only be successful if they back it," he added. "It is not enough for municipalities to only collect waste and store it. They should set up collection systems for every recyclable material, from paper and plastic to metal and glass," Kurum said, explaining that they would closely monitor the municipalities on how they implement the zero waste system.