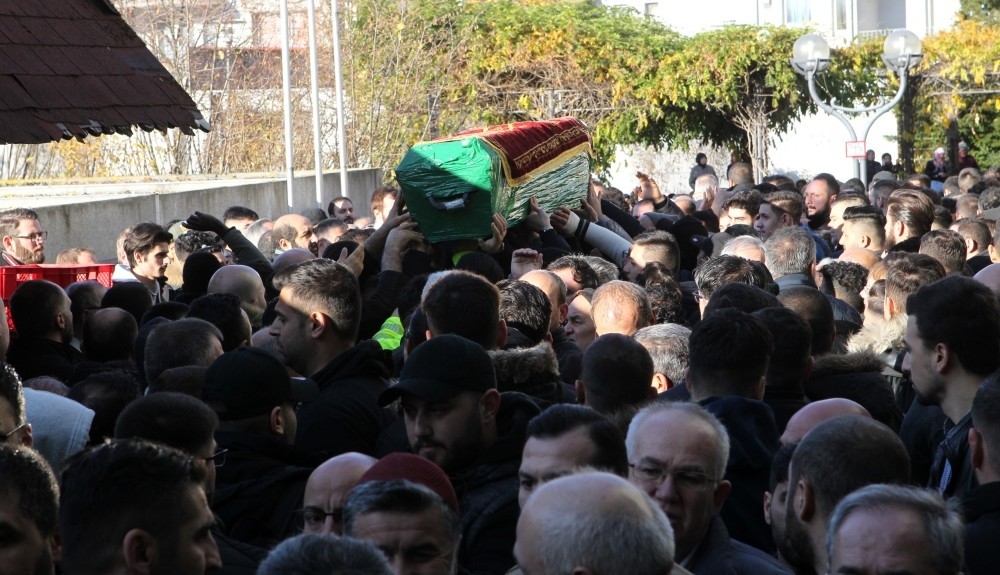 Hundreds of people gathered in the German town of Hanau to bid farewell to Mustafa Alptuğ Sözen, a Turkish teen who died while saving a homeless man from an oncoming train.

The 17-year-old boy was at a train station in Frankfurt on Tuesday when he saw a drunken homeless man fall on the tracks. He jumped down on the tracks to pull him to safety and succeeded but died when he couldn't dodge an oncoming train.

A funeral was held on Friday in Hanau, the town where he lived with his family and a large crowd showed up to bid farewell to Sözen, who is being hailed as a hero. German residents of the town also attended the Muslim boy's funeral prayers.

"I am not a well-known or rich man but this crowd gathered here because of my son's bravery," father Ejder Sözen said at the funeral.

Thomas Morlock, the head of the town council, said at the funeral that the teen would be remembered as the "hero of Hanau" and "an exemplary citizen." Sözen will be buried in the Turkish town of Nazilli, his parents' hometown.

Sözen's act was a reminder of the heroics of another German national of Turkish descent, Tuğçe Albayrak, 23. She was killed by harassers of two German girls when she confronted them at a restaurant in Germany's Offenbach in 2014. The young woman became a symbol of courage following her death with thousands attending vigils dedicated to her.