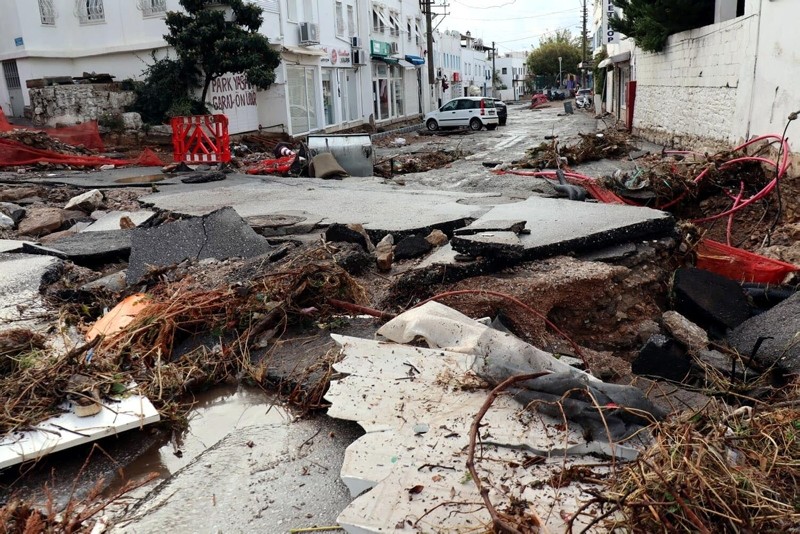 Heavy downpours that began Saturday night in western and southwestern Turkey have caused flash floods in the Aegean resort town of Bodrum – damaging houses, businesses and dragging cars into the sea.

The old town area was hit the hardest in yesterday's floods, which came after around 200 kilograms of rainfall poured per square meter in the last 24 hours.

Shop owners expressed their anger with the authorities for failing to take necessary precautions. "Each year we face this problem. Necessary precautions are not taken. I have faced a lot of damage, all my belongings are now useless," said Mustafa Ateş, a tailor.

Municipality crews have launched efforts to evacuate people from flooded streets, discharge water from and clean up affected buildings. Authorities are also trying to assess the damage to public and private property.

In some parts of the city, the pavement was uprooted by flooding water, causing large cracks in the streets. Water and electricity grids were also damaged. The sea turned brown in some parts due to the muddy water streaming down from the town center.

One lane of the Bodrum-Milas highway was also closed off to traffic due to rocks and debris carried along by the flood water.