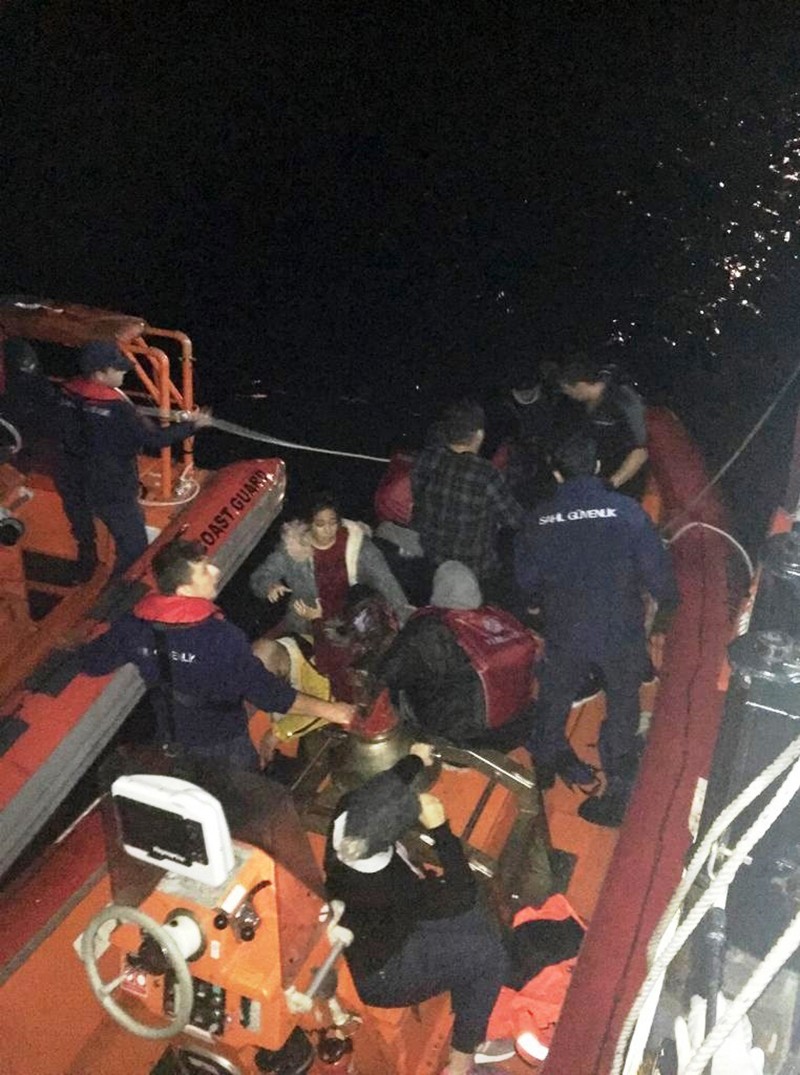 At least one irregular migrant died and another 10 were rescued after a boat sank off the coast of Bodrum in Turkey's southwestern province of Muğla, coast guard sources said.

The coast guard started a search and rescue operation off the shore of the Aegean resort town after a Panama-flagged merchant ship reported the incident, said the sources, who spoke on condition of anonymity due to restrictions on talking to the media.

At the scene, the teams found a smashed fiber boat and irregular migrants on the surface of the water.

Among the rescued irregular migrants were four Syrians, four Palestinians and two Egyptians.

Two of the rescued migrants were transferred to the hospital as they were in critical condition.

Turkey has been a main route for irregular migrants trying to cross into Europe, especially since 2011 when the Syrian civil war began.

Turkey's Aegean provinces - Çanakkale, Balıkesir, Izmir, Muğla and Aydın - are prime spots for refugees leaving for the EU, with many Greek islands lying within sight of the Turkish coast.

Deaths are common in these crossings as many migrants, despite paying thousands of dollars to smugglers, are forced to travel in rubber boats crowded far beyond their capacity. Some 64 migrants have died en route to Greece from Turkey via the Aegean Sea this year.