Alone and far from home, child migrants cling to life in Turkey 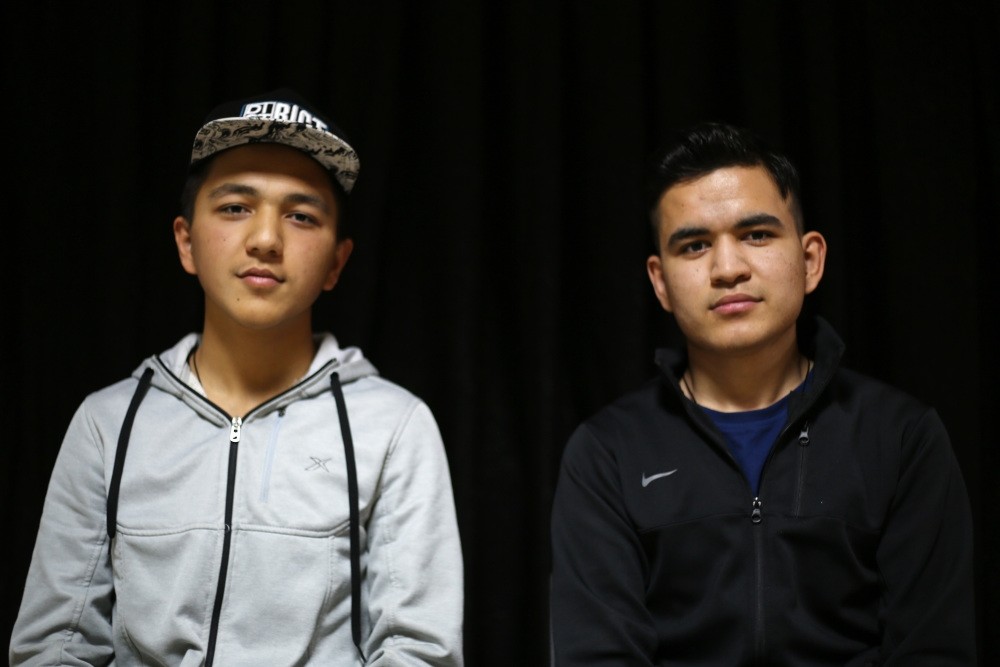 Migrant children, who were separated from their families, look back on their past lives. They tell their stories, tainted by drama, and cling to life in Turkey where they are sheltered by social services

Every year, thousands of children journey to other countries as migrants escaping poverty and war. The unaccompanied minors are either sent away by their families who are unable to leave the country or had to resume their journey alone because their family members died en route to their destination.

In the southeastern Turkish city of Diyarbakır, a group of children staying at a shelter run by the Ministry of Family, Labor and Social Services, spoke to Anadolu Agency (AA) about their plight ahead of today's Universal Children's Day. The Children's Support Center in Diyarbakır is among 10 such places across Turkey that provides accommodation for migrant children from around the world.

Mortaza and Mustafa Sakhawat, two brothers aged 15 and 17, hail from the northern Afghan province of Baghlan. When their father was kidnapped by Taliban militants, their mother decided to send them abroad. She was hoping that the boys would be cared for and have a chance to attend school in Turkey. The mother sold the family home and gave the money to smugglers to help get the Sakhawat brothers out of Afghanistan.

After days of walking and a journey on the back of a truck across Pakistan and Iran, the brothers finally reached Istanbul, Turkey's biggest city and a hub of migrants from around the world. The smugglers placed the two in a house they had to share with what they called "dangerous" people.

"There were thieves and killers among them. We had to live with them for a few days," Mustafa said, before fleeing the house. The brothers went to a police station and subsequently ended up in the Children's Support Center.

"You can't live in Afghanistan like other children in the world do. Compared to Europe and Turkey, it is less safe.

"I am happy here, but I miss my mother. I hug my brother whenever I miss her, but it is not enough," Mustafa said.

Ezzedullah Mujaderi, a 17-year-old boy from the Afghan town of Kholm, says the war did not mean anything to them back home, but there was "nothing to live for." "There is no state, no jobs. We left our country because we had to," Mujaderi, an only child, said.

"I had a good childhood. My mother used to call me a spoiled child. I miss her and my father. I remember how they would come and kiss me when I was almost asleep at night. I will hug them tight if I meet them again one day," he explained.

Muhammad Mustafa, a 14-year-old Syrian from Raqqa was luckier than Mujaderi and the Sakhawat brothers as he entered Turkey with his parents. His parents, however, were both addicted to drugs and would often beat him. He recounts how his father forced him to work as garbage collector so he could buy him drugs.

Mustafa then went to Bursa, a city south of Istanbul where he lived with his family. He was taken to a children's shelter there and started learning Turkish.

His 15-year-old sister's fate was worse.

"My parents have been bad to me, but I won't be like them. If I have children one day, I will send them to school and give them everything they want. My family did not even buy me a bicycle. I suffered a lot but I won't let my children go through much pain," he added.

Yusuf Selimi, a 17-year-old from Afghanistan's Mazar-i-Sharif, lost his parents and younger brother when Taliban militants shot them dead in a raid in their village. Selimi was not at home at the time and decided to leave Afghanistan after the killings. He sold the family home and paid smugglers who took him to Turkey through Iran. He now looks forward to fulfilling his promise to his late mother of becoming a teacher.

The 15-year-old Palestinian Ahmad Mustafa has similar ambitions. The young boy left Gaza to be a soccer player, "a pride of Palestinians."

He ended up on a boat with 20 others and though his dreams were cut short when he and the others were intercepted in Turkey, he still believes he has a chance to be a professional player one day.

"I want to return home as someone who achieved something," Mustafa said. "I miss my family very much. Whenever I put my head on a pillow to sleep, I remember them, my friends in Gaza," he said.

He has advice for children his age too.

"Live your life to the fullest because we couldn't. Be happy," he said.