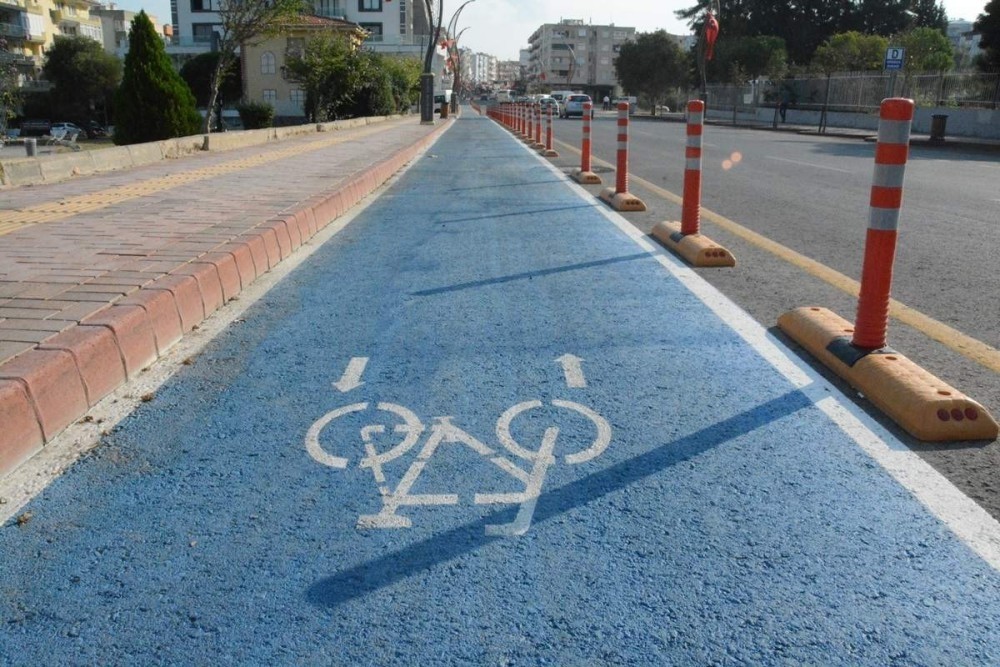 Looking to promote a cycling culture and encourage a healthy lifestyle, Turkey seeks to expand its bike and walking lanes.

Minister of Environment and Urbanization Murat Kurum says they are going to build 3,000 kilometers of bike and walking lanes around the country.

Addressing an event on sustainable cities in Ankara yesterday, the minister said they will also build 60,000 square meters of noise barriers to cut noise from highways to settlements.

There are more than 22 million vehicles in Turkey where driving is the most popular means of transportation. On the other hand, a lack of proper bike lanes, especially in big cities, is a challenge to promote a cycling culture.

The minister said building bike and walking lanes will be mandatory in new zoning plans, "so that our cities can be more livable."

In 2015, the government adopted a set of bicycle lane regulations to usher in higher standards for bicycle lanes in cities where cyclists have often complained about the paucity of cyclist-friendly routes.

Cycling in Turkey has witnessed a renaissance as the government organized a health campaign to combat sedentary lifestyles and obesity. However, cyclists face several obstacles riding in crowded cities, namely the limited availability of lanes that can save them from riding on congested roads and reckless motorists. To address this problem, a number of metropolitan municipalities recently unveiled plans to build more lanes dedicated to bicycles.

The government also launched a campaign to encourage the country's youth to use bicycles. Tens of thousands of bicycles were delivered to schools across the country for students to use in physical education classes.