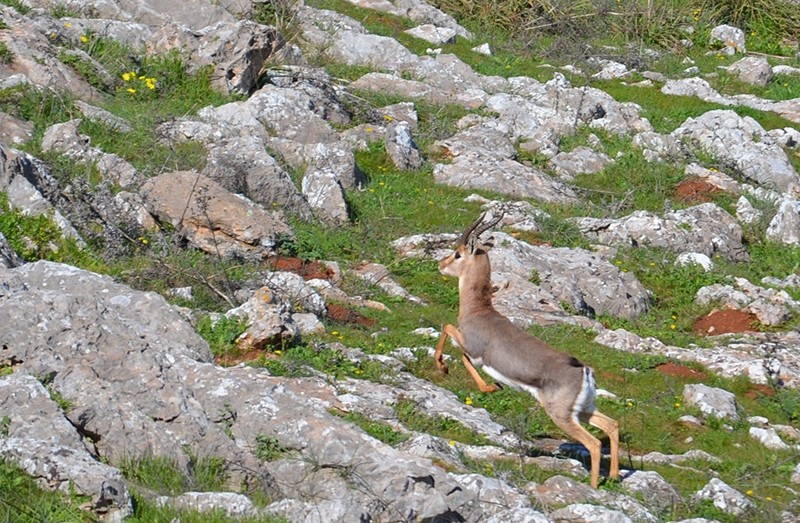 The number of mountain gazelles in a border district in Turkey's southern Hatay province is on the rise as unfavorable conditions caused by the yearslong civil war in Syria have pushed the animals north.

There were only 80 or 100 mountain gazelles in 2010 in Kırıkhan district while the total amount is now 670, according to Hatay Nature Reserve Foundation (TOKADER).

These gazelles, especially the wounded ones, have been receiving treatment in centers established in Hatay.

Abdullah Öğünç, head of the TOKADER, said the gazelles will be released to their natural environment after treatment.

"After they have reached a certain number, it is planned for them to be released in the different parts of our country that are suitable for their current natural environment. The aim is to prevent the extinction of the species here in case of an epidemic illness later on and to support their expansion in different areas," he said.

Öğünç said the foundation is also arranging educational programs for shepherds and primary school students in the bordering towns to promote protection of the gazelles.

He cited a need for building an area for the protection and development of wildlife in order for the gazelles to live in safety.

The mountain gazelle (Gazella gazella) is one of the species of gazelles found in the Middle East, along with several other closely related species. This species of gazelle is recognizable by its slender-built long necks and legs. Its natural habitat is mountainous and hilly terrain with light forests, fields or desert plateaus.