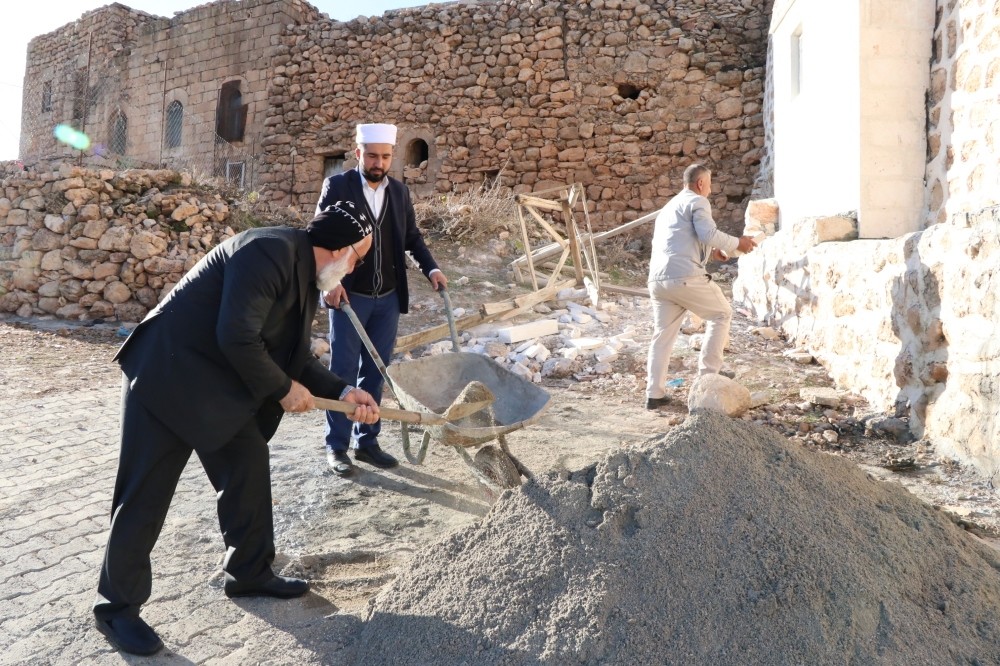 A simple act of kindness went a long way for Edip Daniel Savcı, a priest at Syriac Mor Aho monastery in eastern Turkey. Savcı's photo of him helping Muslims repairing the outer walls of their mosque in Arıca, a village in Batman province, went viral on social media. Social media users in the predominantly Muslim country praised Savcı for demonstrating the unity of Christians and Muslims. However, the story of the mosque warmed hearts even more as it turned out that the mosque was actually built through collaboration between Muslims and Syriacs, a community concentrated in eastern Turkey, about a century ago.

Savcı joined the mosque's imam, Mehmet Beşir Kardaş, and village headman Mehmet Şerif Ekinci in repairing the wall. "This is something that helps us bond with each other. Muslims, too, help us in such things. This is only natural," Savcı told Anadolu Agency (AA). "Syriac people have been here for thousands of years, and we have lived next door to Muslims since they arrived in the village [centuries ago]. Of course we should help them. This is something not to talk about much," he said.

The mosque's imam said Muslims and Syriacs have lived in peace and together for centuries in the region, and they have never had trouble with each other. "They lived in unity. You can have a different religion, but it is important to live in harmony with people of different faiths. I think the father's work here is a good example of this," Mehmet Beşir Kardaş said.